In clinical neuropsychology, a distinction has been proposed between visual naming tasks and definition naming tasks. In visual naming tasks, subjects are asked to recognize and name a visually presented object, or a picture of it (a photograph or a drawing). In definition naming tasks, subjects are asked to recover the name of a common object or animal from a (spoken or written) verbal description. Some data suggest that the neural mechanisms underlying the two performances can be differentiated. The aim of this article is to present and critically discuss the empirical evidence in favour of this hypothesis. Firstly, we will discuss some direct cortical mapping studies and a functional MRI study suggesting the anatomical dissociation between visual naming and definition naming. On this basis, we will briefly discuss what the neural structures underlying the two abilities could be. Secondly, we will discuss some neuropsychology data indicating a functional double dissociation between visual naming and definition naming. Finally, we will suggest that the data presented in the article can be better understood in the light of the distinction between inferential and referential lexical competence that has been proposed by the philosopher Diego Marconi. 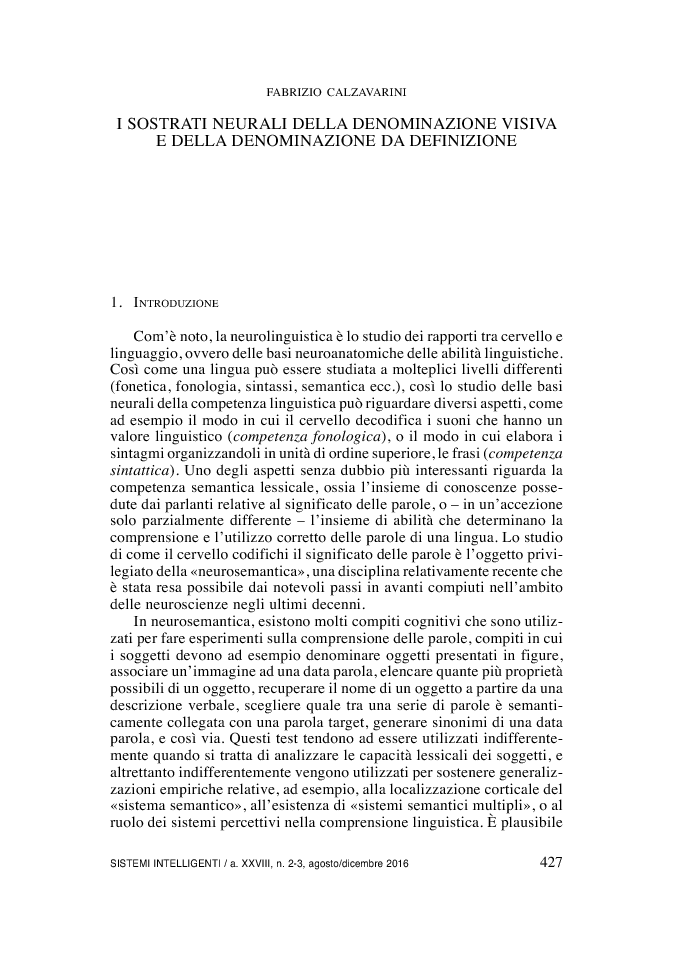