This paper discusses contextual dependence in connection with grammatical approaches to scalar implicatures (Chierchia et al. 2012). Two alternative mechanisms to account for contextual dependence - one involving the specification of a generative procedure, the other defined in terms of the selection of relevant interpretations - are described, and argued to be compatible with grammatical approaches. The two mechanisms are shown to be grounded in opposing theories concerning the relationship between semantic meaning and assertion (e.g., Recanati 1989; Stanley 2000), which are also discussed. In recent criticism (Geurts 2010), it is argued that grammatical approaches cannot provide a complete account of contextual dependence and that the latter is to be understood as a direct consequence of the scalar implicature mechanism's being abductive in nature. The discussion in this paper thus shows the first part of such criticism to be incorrect. Since, in the final part of the paper, it is also presented a theoretical framework for an algorithmic characterization of abduction, this discussion suggests that grammatical approaches might be compatible with the abductive nature of scalar implicatures. 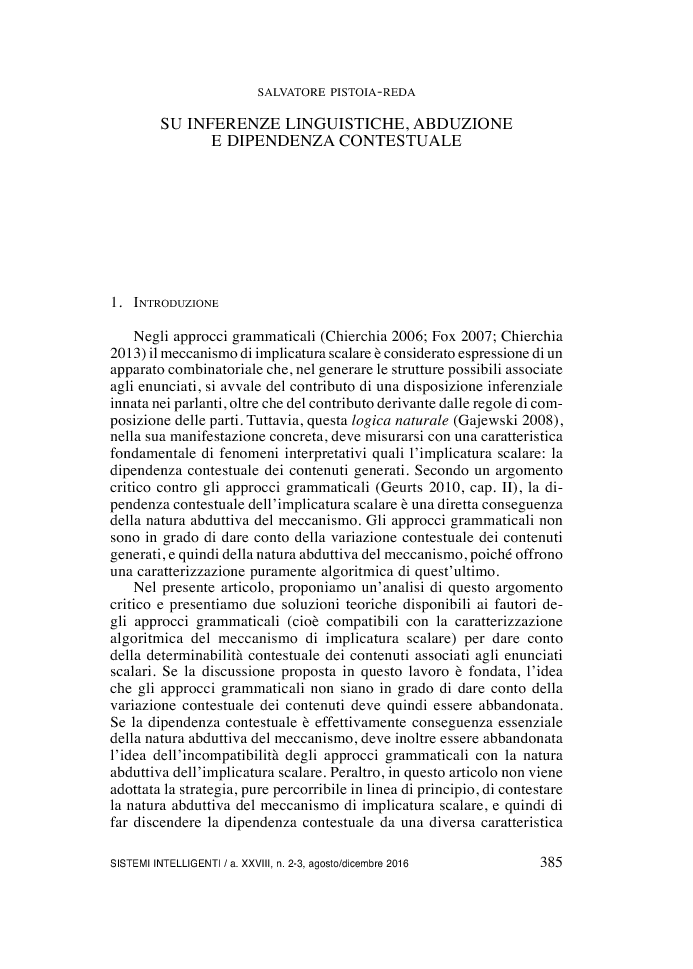