In this paper we pay particular attention to generalized knowledge, that is the possibility to exploit knowledge deriving from their membership to given categories or stereotypes for agents' evaluation. The cognitive advantage of this kind of knowledge can be summarized stating that it allows us to get valuable information on someone/something we do not know directly. For instance, at a social level this means that I can know a lot of things on people that I never met: it is a positive kind of social prejudice, fundamental for social exchange. In this study we experimentally inquire the role played by categories' recommendation with respect to the recommendation and opinion on single agents: when is it better to rely on the first ones rather than the second ones? We will investigate the way in which the specific parameters (number of agents, modality of interaction, transfer of information, etc.) influence the importance of categories' information in two different worlds: the real one and the one mediated through the web. With the aim of reproducing the characteristics of these worlds, we simulated two different scenarios: one strongly influenced by the spatial distance between agents; the other totally independent by this dimension, how it happens in the modern web society, in which the communicative distance follows different rules with respect to the spatial distance. 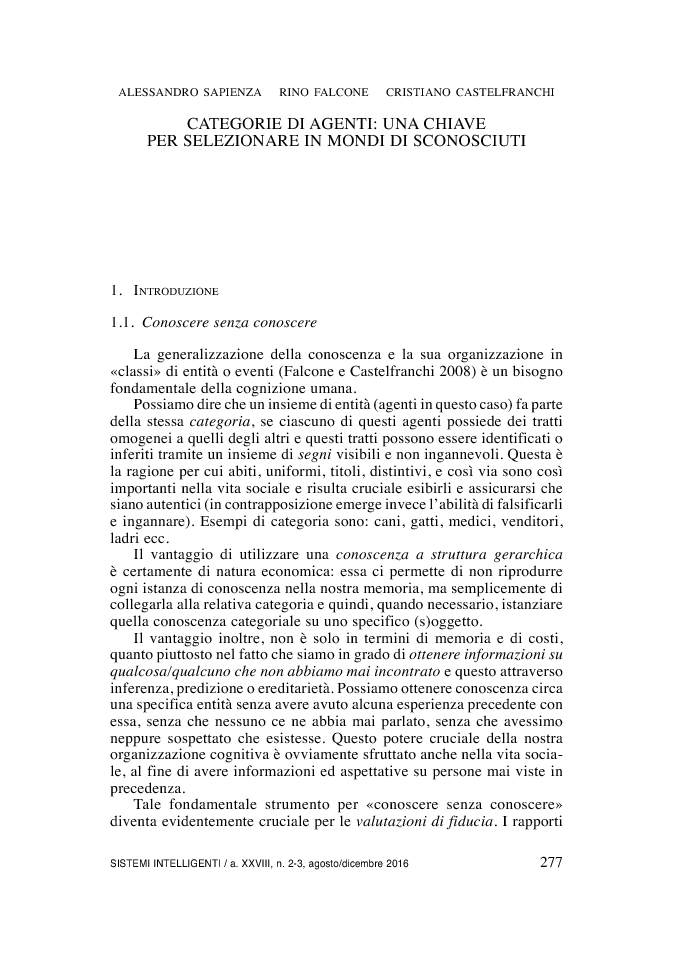