This article presents the main features of the thought of Simon in historical framework, comparing them with topics from behavioural and experimental economics in order to identify areas of mutual influence. Simon's direct impact on the development of experimental economics, or on contemporary behavioural economics more broadly, seems to be very limited. Simon is relatively little cited and even less known and applied by behavioural economists, who tend to be still close to the neoclassical approach, whether criticizing it or trying to preserve its «scientific» nature. Indeed, the expression «bounded rationality» is more often connected to the work of Kahneman if compared to Simon's one, and only few scholars - in general those who use the term cognitive economics - have sought a direct connection with Simon. However, the development of behavioural economics is opening new areas of research, some quite heterodox and far from the mainstream, in which Simon's insights are once again showing themselves to be useful. 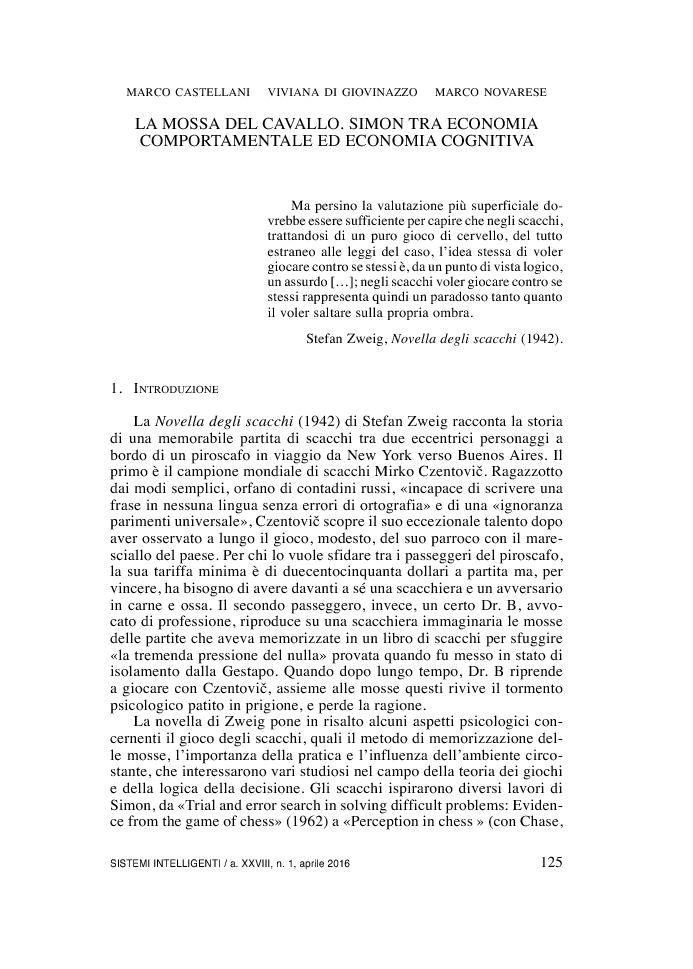