In this paper we claim that organizational routines are not to be framed as merely automatic procedures. In contrast, even if routines execution leads to the logic of rule following, an interdisciplinary study of the generative processes is required to reach a comprehensive standpoint. According to this, we propose an analysis focused on two main understandings of routines, the former of which is based on the strictly operational conduct, while the latter focuses on the wide process by which individuals perceive the link the between current scenarios and planned behavior. Starting from robust models developed by leading scholars in cognitive economics, we stress the notion of categorizing situations and we sketch individuals' capability to foster the so called «we-intentionality» as a basic requirement. Beyond their role in solving problems, facilitating coordination, managing the motivational problems and resolving conflicts, routines are believed to be essential in organizational life, since agents share cultural values and formerly habits of procedural rationality. At this regard, we investigate reasoning by analogy as a collective phenomenon emerging from intersubjectivity. Moreover, we emphasize that such a process is influenced by socio-cognitive mechanisms that help us understand how people also face illstructured problems that are usually characterized by creative thinking. Mental models enhancing inventiveness are also examined as a driving force that turns out to be the core of humans' propensity of adapting past solutions to brand new sets of circumstances. 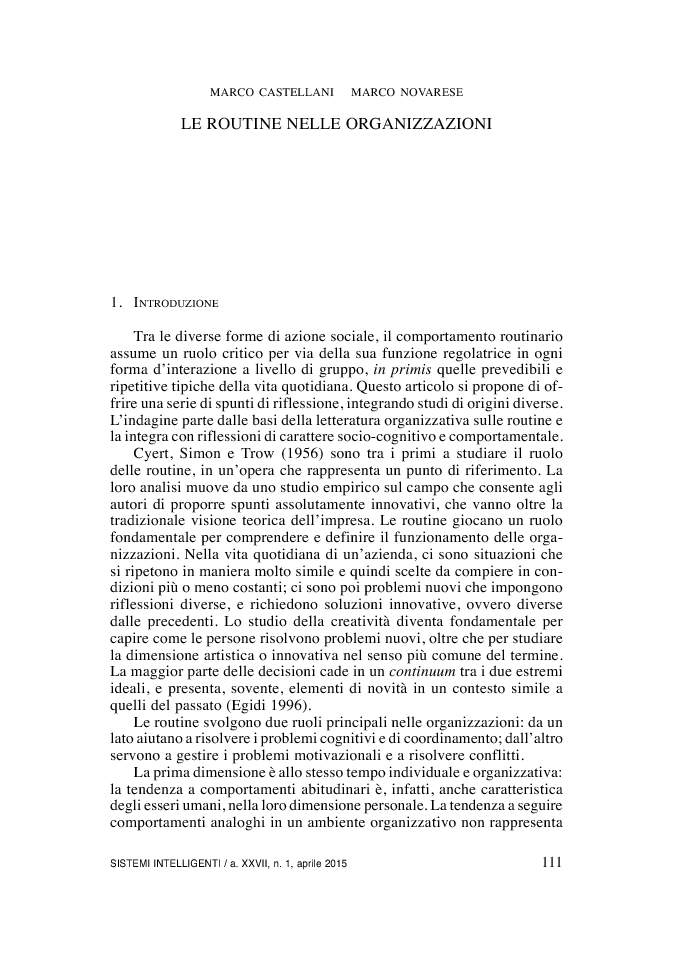