Differently from years ago, today all psychology recognizes that unconscious processes exist, and all psychological theories cannot avoid from taking them into consideration. Since 1980 the amount of studies on unconscious in cognitive psychology, neurosciences, psychopathology, social and developmental psychology increased by 20 times. However, it is generally believed that these studies investigate mostly a "cognitive" unconscious, different from the "dynamic" unconscious, based on repression, postulated by Sigmund Freud. To the contrary, there are many studies that show the existence also of a dynamic unconscious, and some of these studies are here briefly reviewed. It is argued that some of Freud's assumptions on unconscious need to be revised, and that conceptualizing "the unconscious" as a unitary phenomenon is not correct nor useful, because it derives from the cultural and historical period in which Freud made his first discoveries. There is not one unconscious, but many unconscious processes, different from each other and with different neuroanatomical substrates. This article mostly summarizes a review by Drew Westen of 1999. 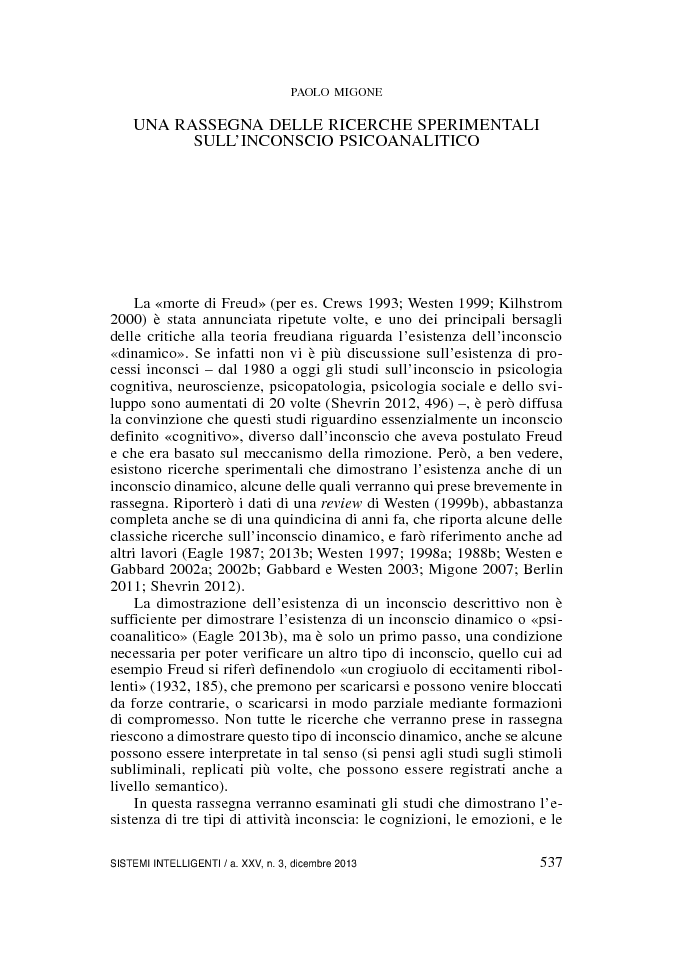