Descartes' view that thought is essentially connected with consciousness is often taken as a starting point in contemporary discussions about mind and cognition. The present contribution aims to show that Descartes' position is far from being a first start in Western philosophy. Interestingly, Ancient Greek philosophers developed highly sophisticated views about thought and cognition (see e.g. Plato, Republic, 5; Aristotle, Metaphysics, 1.1-2; On Soul, 2 and 3), but did not regard thought as essentially connected with consciousness. Ancient theories should definitely not be regarded as primitive: for Greek philosophers were perfectly aware of the phenomenon of consciousness, but they did not deem it appropriate to define thought as essentially connected with consciousness. As a matter of fact, Ancient philosophers generally regarded thought as a life function of our "soul" and conceived of thought as essentially directed to some objective correlate. Starting from this general position, authors such as Galen (second century CE) and Plotinus (third century CE) explicitly recognized the existence of unconscious mental processes, which play a central role in our life. Galen's and Plotinus' views on perception are extremely important in this respect. There is, then, a general structural similarity between these pre-Cartesian views and those contemporary theories that call Descartes' position into question. 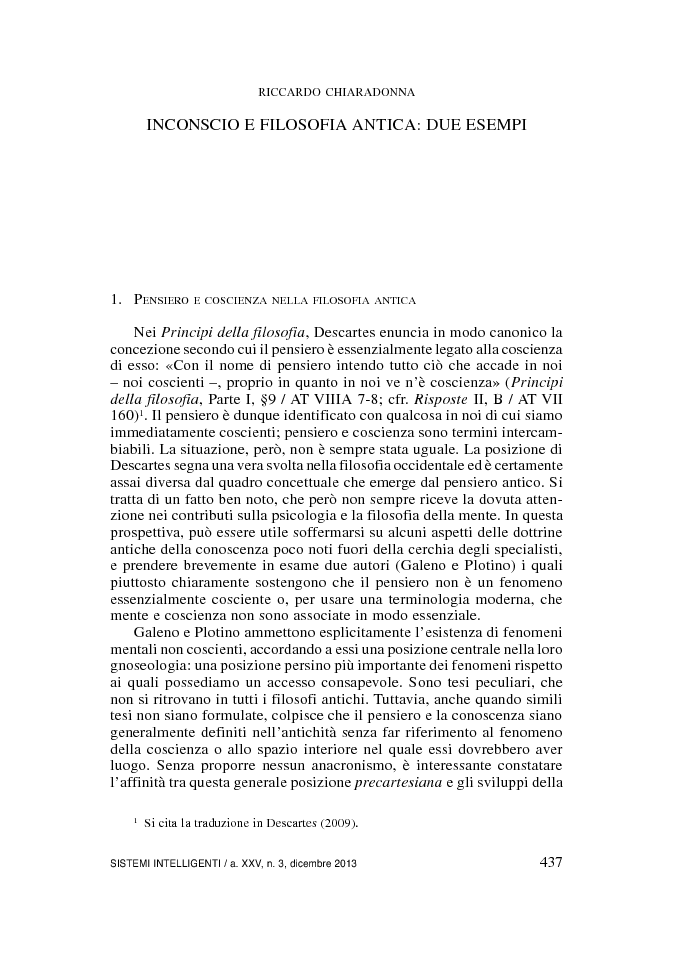