This work is focused on the notion of social object, moving from some considerations on the same notion in Searle's account. We tried to show that his position is somewhat problematic, especially with respect to his characterization of the notion of social object intended as a token, in cases as «the five euro banknote in my hand» as opposed to types as «the five euro banknote». To cover this gap we introduce the notion of perspectile. A perspectile is the objectual counterpart of what in Searle's ontology is lacking but necessary, the social object regarded as a token, that is the «X qua Y in C» in his famous count as formula. The term «perspectile» is to emphasize the fact that this object exists as something put into perspective by an institutional definition in the very context of social interaction. We «see» the token through the rules we have established for it. This is meant to be a flexible and yet clear way of constructing entities by means of a definition and a way of taking into account their peculiar identity criteria. Even though this may seem quite simple and intuitive, to properly analyze this idea a big conceptual effort is required. Such analysis offers a different solution to some criticisms raised against Searle and known as «the problem of free standing Y terms», for example in cases as corporations or electronic money, where the application of his count as formula is controversial. Furthermore, we also draw some considerations about the relation between perspectiles and different ontological views. Finally, we show the usefulness of the notion in disciplines such as cognitive science and knowledge representation. 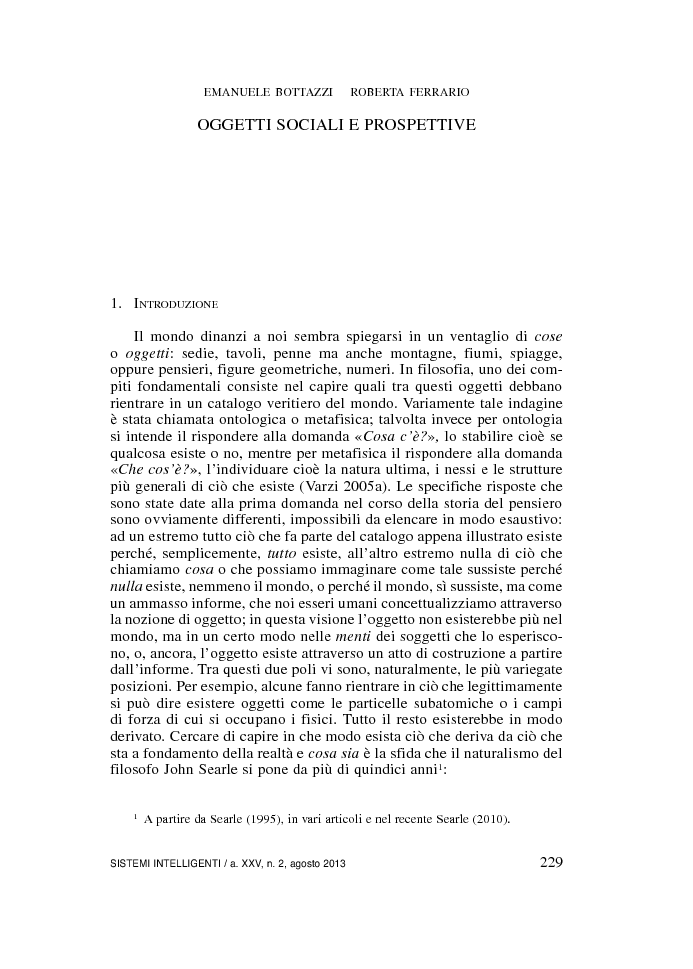