The paper analyzes cases in which a politician discredits the opponent in a political debate, and distinguishes three dimensions of discredit, concerning, respectively, the opponent's competence - his technical expertise, knowledge and intelligence, benevolence - his being honest, ethical and not cheating, and dominance - his capacity of being a leader and winning in competition. Real cases of discredit in public debates are analyzed as to both verbal and multimodal communication. Then a study is presented that investigates the effect of the different types of discredit on different participants depending on whether the discrediting message was performed only verbally or by gestures as well, and on the participants' orientation to dominance. Results show that values - and in particular social dominance orientation - is a central aspect of political persuasion process; where participants of low dominance orientation tend to evaluate as better those candidates who discredits on benevolence and dominance, while participant of high dominance orientation are primarly convinced by politicians who discredit the opponent on the dominance dimension. These results show a coherence principle between voters' values and the dimensions of discredit, since that dimension indirectly represents what the voter primarily considers important in political action. 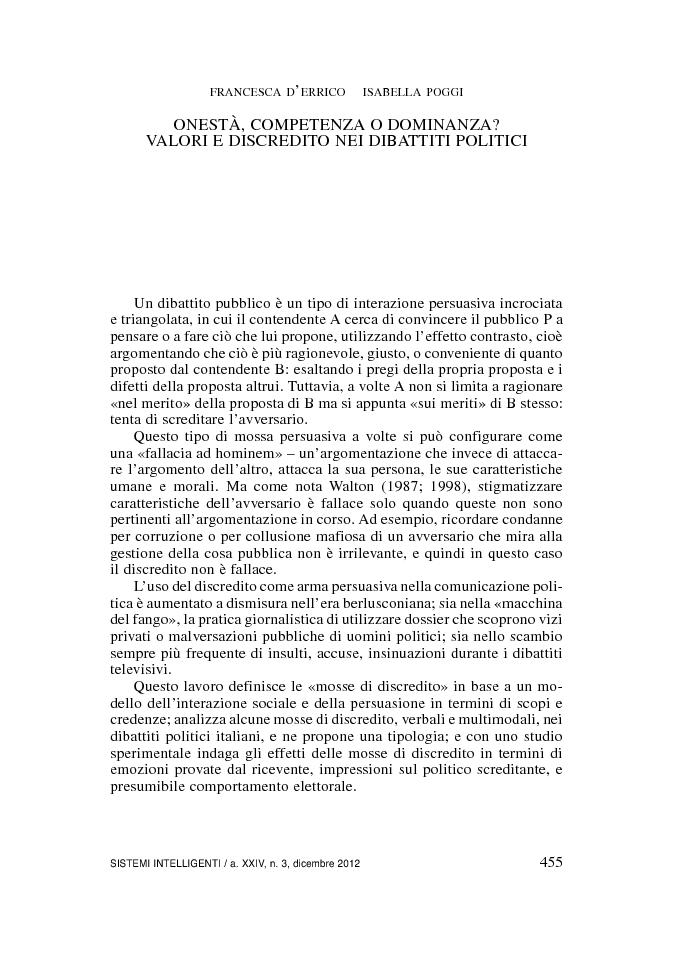