In this paper I consider consciousness as a widespread cognitive phenomenon, representing not only the direct interaction with external stimuli, but also accounting the way the subject suggests himself of engaging with objects or events perceived directly or indirectly through recalling passed circumstances. It is plausible to suppose that also dream activity could be linked with consciousness itself, despite many brain neuro-chemical and functional modifications occur. Considering a philosophical approach it is important to verify how the absence of a first person perspective and a strong subjectiveness (typical of dream) could affect the flow of consciousness, according to the different modalities it uses to show daily life experience. I propose the analysis of dreaming and waking phenomenology of consciousness and are proposed and critically discussed three experimental and theoretical models that attribute conscious states to oneiric processes. In the first one Cicogna & Bosinelli analyze how consciousness could be differentiated in sub-elements, operation useful for its attribution to dreaming activity. In the second one Hobson's AIM model divides the oneiric process specifying the neurochemical and structural modifications that occur during it. In the last one are pointed out the elements of the Default Mode Network hypothesis useful to add the neural oneiric substrate into the DMN, this also to underline the importance of dream's adaptive potentiality. 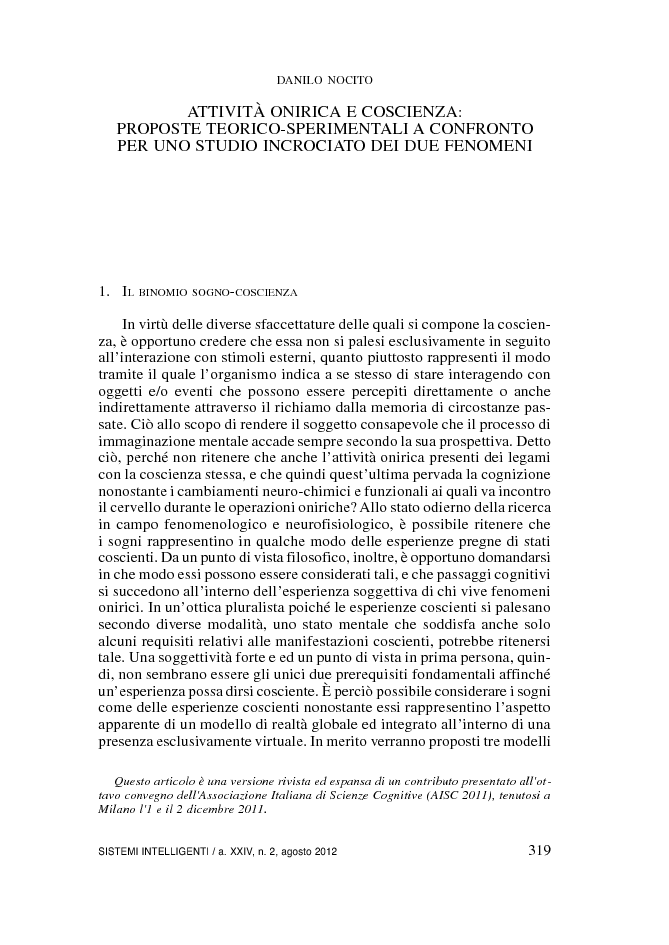