Despite its name, the binding problem (b.p.) is not a single problem but a class of problems, concerned to the understanding of those perceptive and cognitive forms of binding that makes experience possible. Much of the relevance of b.p. in cognitive neuroscience is due to the belief that studying binding problems is an easier way of approaching the more general problem of consciousness, or better an easier way of coping with the problem of finding the neural correlate of consciousness (NCC ). However, this idea has been questioned by some authors (Searle 2000; Bayne 2007) on the basis of a theoretical distinction between «creature consciousness», on the one side, and «conscious states» (Bayne 2007) on the other: binding mechanisms would pertain to processes of different level compared with that of consciousness. This paper has two main aims. The first is to stress that the relevance of binding problems for the study of NCC turns on whether it is legitimate to claim for the existence of a certain kind of disruption of the phenomenal unity, not ascribable to the conscious states' mechanisms. The second aim is to show that such a disruption, despite its been often related to split brain cases, could also occur in cases of anosognosia. 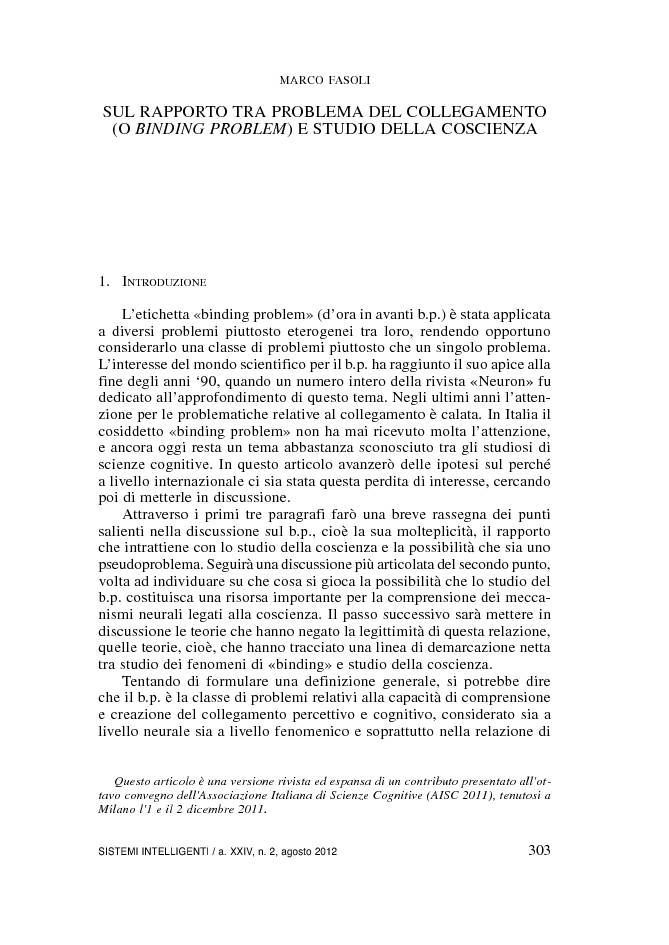