The classical computational approach considers cognitive processes as symbolic manipulations, without addressing the symbol grounding problem, namely how symbols are referred to objects and events in the real world. Sensorimotor interaction allows artificial systems to ground symbols, by associating them with non-symbolic representations. In this paper we deal with the relationship of the symbol grounding problem with compositionality of language and of object properties. We outline and discuss the results of two experiments, set up to study whether a direct correspondence can be found between properties of objects and parts of linguistic expressions, so that verbal labels are grounded on single or composite features. We used two kinds of visual stimuli, the first with clearly distinguishable properties (separable) and the second with properties that blend together (integral), and associated them with verbal labels of two kinds, consisting of a single word (holistic) or a two-word expression (compositional). The results support the hypothesis that single verbal labels are best grounded on integral stimuli, while stimuli with separable features act as a better ground for compositional expressions. A separate experiment showed that integral stimuli are perceived in a less stable fashion than separable ones, suggesting that some kind of stimulus properties are not fit to act as primitives in composite expressions. The role of feature discrimination as a process opening «grounding spaces» is discussed, and the bidirectional nature of grounding process is stressed, where words are grounded on features but can also facilitate feature discrimination. Overall, our study emphasizes the need of considering jointly symbol grounding and compositionality. 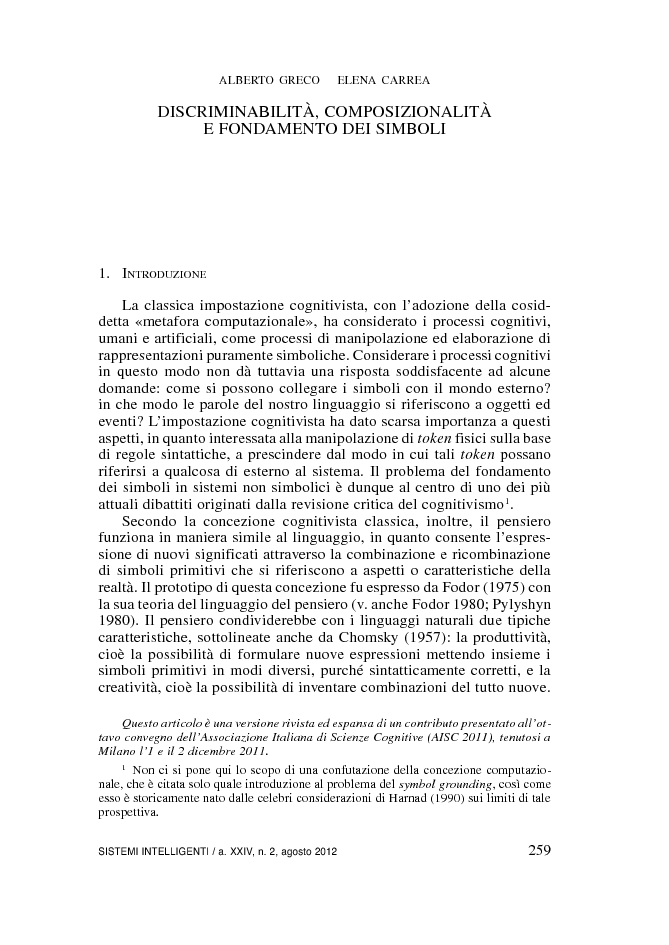