In generative linguistics, a clear distinction has been drawn between (linguistic) competence and performance, where the first is the abstract «speaker/hearer's knowledge of his/her language» (Chomsky 1965, 4), and the second is the actual use of such knowledge, which can be somehow restricted by memory/attention limits. In these pages, I propose that such distinction is unnecessary if we aim at explanatory adequacy (in the sense of Chomsky 1965, i.e. we want to capture not only what expressions are part of our language and which structure they have, but also why it is so): in fact, there are alternative ways of looking at standard «performance issues» that allow us to explain a relevant set of psycholinguistic data otherwise teased apart from the core linguistic empirical evidence. As in the mainstream linguistic frameworks, I will assume that any language (i.e. an infinite set of well-formed sentences) can be described as an intensional (mechanic) procedure that exhaustively predicts which sentence is part of the language (or can be generated by an explicit grammar for this language) and which expression is not (i.e. it cannot be generated by such a grammar). The proposed grammatical description (inspired by the recent Minimalist debate, Chomsky 1995; 2001), unlike other approaches (e.g. MacDonald et al. 1994, and standard minimalism itself), can predict asymmetries related to performance issues produced by center embedding and relative clauses processing (§2 and §3) by implementing structure building operations in derivational, directionally-constrained terms: the main intuition is that the recursive process of phrase formation should operate Top-Down and Left-Right (as discussed in Phillips 1996 and Chesi 2004, §4, contra standard proposals, e.g. Chomsky 1995; 2001). This seems to be not only explanatory adequate (§4.1), but also cognitively plausible from the point of view of other high cognitive systems like motor control (§5). 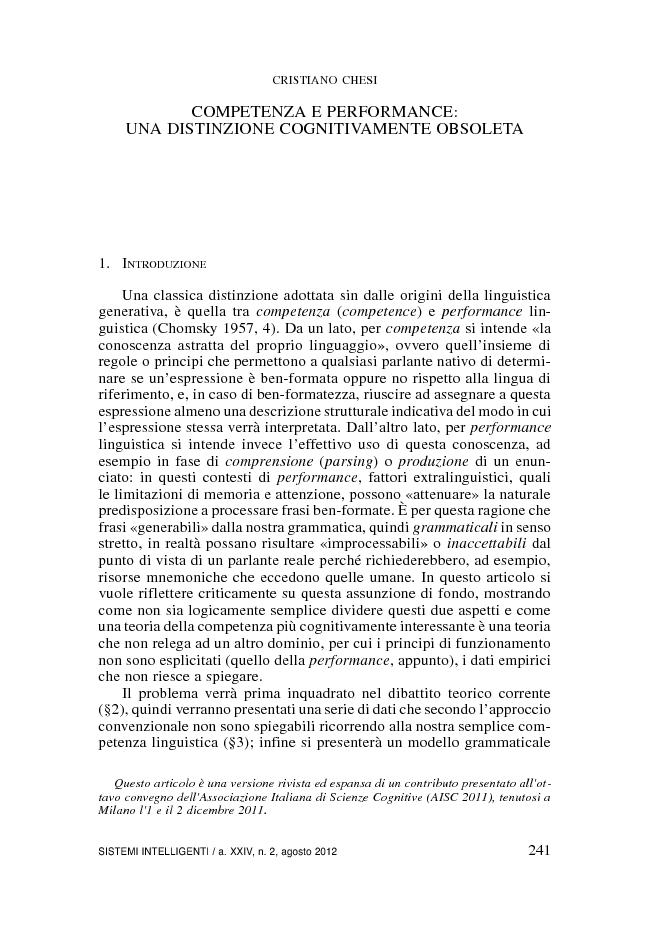