In the last sixty years the evolution of Information and Communications Technologies has flanked the evolution in the world of physical systems. There have been many interactions and effects out of these interactions on physical systems brought by ICT but these have resulted by far in the parallel evolution of two separate world, the physical one and the virtual one made up by the Web. The development of Social Networks has, to some observers, farther emphasized the decoupling of the digital from the physical life, experience and world. Now we are starting to see signs of changes ahead: a much stronger relation between atoms and bits, a seamless merge of the physical and the digital world where seamless refers to the reality perception of human beings. We have started to talk about augmented reality, rather than virtual reality, and there are the first speculation about ambient morphing, a way to transform a physical ambient in a different one that by all means is perceived as a physical one by its inhabitants although it is a result of a merge of digits and atoms. This fading line between atoms and bits is extending the reach of our experience and of our actions. It can be seen as a prosthetic, enhancing our ability, overcoming boundaries of space and time, of our physical limitation in what we can see and do, in our ability in understanding the world and in interacting with the world. It is like learning a new language and being able to talk to objects and it can go even further up to the ability of infusing emotion and a soul into the physical world. Technology evolution is making this possible with an interaction that operates at our senses thresholds (8k screens that have an higher resolution that our eyes and brain combined, smart material that can trick our touch into believing of being touching silk or a wet mop...). Communications shrink distances and low latency optical fibers makes you believe that you are here there and everywhere within a social ambient that has no predefined boundaries. Economic sustainability creates volume and in turns a self-sustaining spiral that increases market size, investment attractiveness and innovation. The convergent roadmaps of technology, communications infrastructures and economic sustainability is changing the world: in the way business is conducted, in the perceived value of services and objects and in the way we interact with the world. 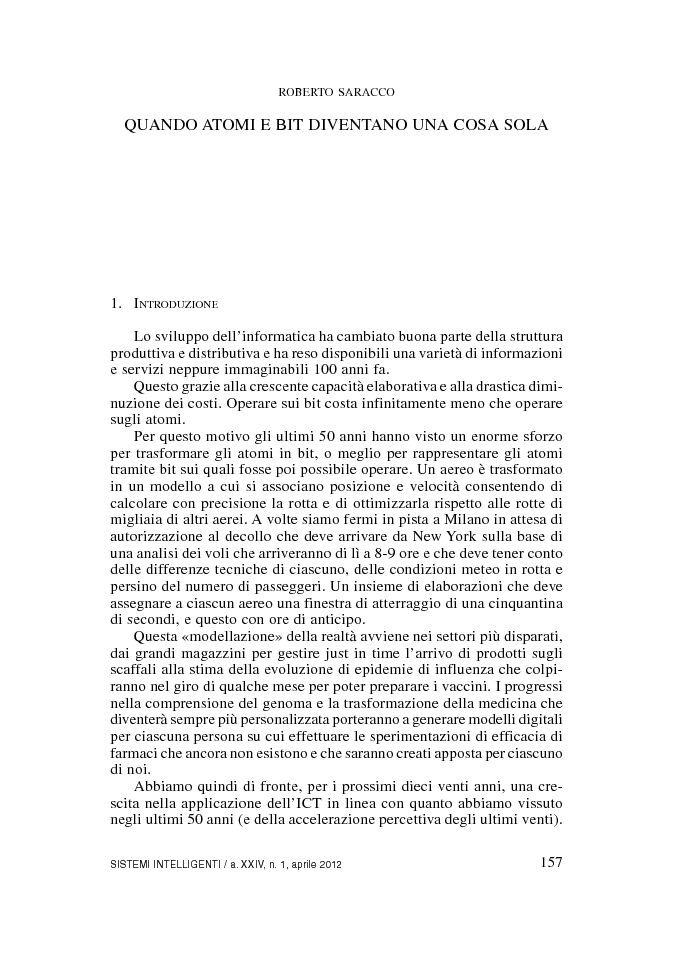