Let us suppose to take seriously the extended mind hypothesis. Then, most experiments of cognitive psychology would risk to be banally «falsified». In other words, if we want to save the empirical results achieved by cognitive research, we must admit that what happens «inside the skull» still enjoys a special status. In my opinion, this is largely independent from the availability of some specific «mark of the cognitive», which allows to distinguish intracranial from transcranial cognition. Rather, the problem is to ascertain if from the empirical point of view the notion of extended cognition turns out be at least equally fruitful than the traditional one. 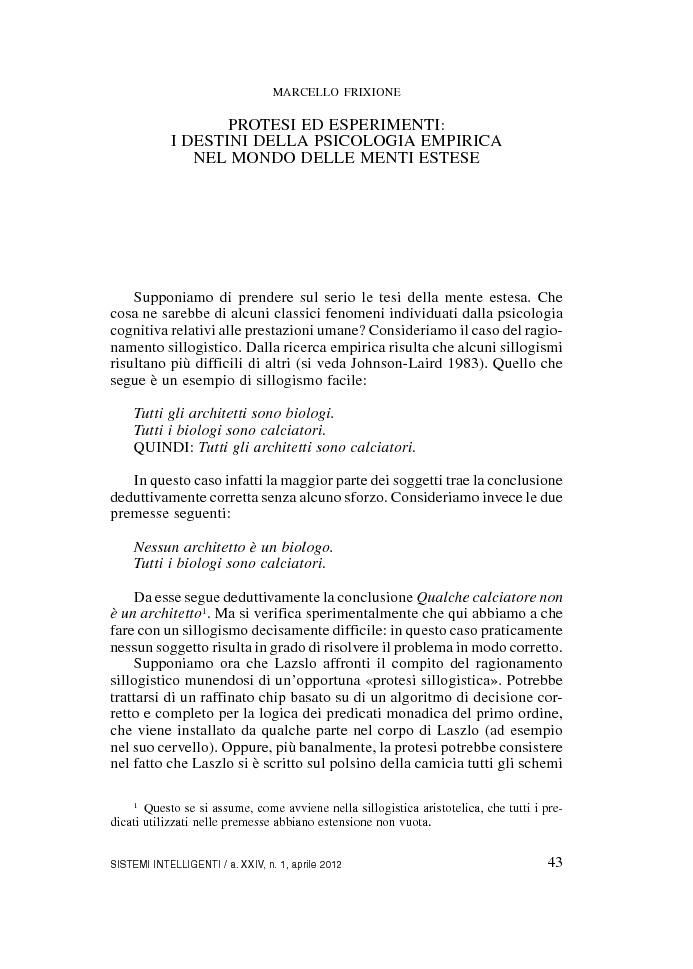