Human beings show a capacity to mentally project themselves backwards or forwards in time in order to re-live or anticipate events. The mental reconstruction of personal events from the past is also known as episodic memory in literature and has been the topic of intense research efforts. By contrast, the mental construction of possible events in the future has only very recently been considered. Nevertheless, there is growing recognition that these two abilities are related. Herein I review cognitive, neuropsychological and neuroimaging studies which reveal that projecting into the past and into the future depend on the same cognitive mechanism and neural substrate. This discovery has given rise to the notion that the mind-brain system includes a faculty for temporal projection which has been named Mental Time Travel (MTT). As time is a key component of many typically human behaviours, some scholars have claimed that mental time travel is a uniquely human capacity. In this review I deal with the evolutionary question by reviewing comparative studies. I find that our closest surviving relatives, the great apes, exhibit precursors of the human ability for mental time travel. Therefore, it is, at least in part, shared by non human animals. Even if during human evolution mental time travel probably acquired some specifically human traits, I conclude that we can as well account for these features in the context of evolutionary continuity. 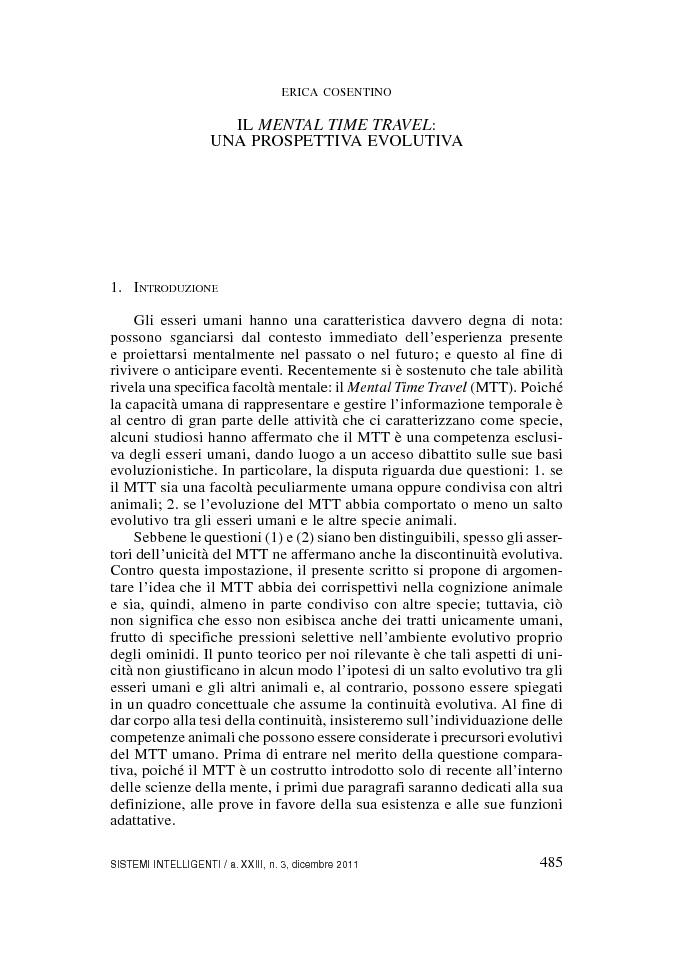