Understanding the origins and evolution of language and meaning is currently one of the most promising areas of research in cognitive science. Unprecedented advances in information and communications technologies enable, for the first time, to precisely map the interactions, whether embodied and/or symbolic, of large numbers of actors, as well as the dynamics and transmission of information along social ties. At the same time, new theoretical and computational tools, and synthetic modeling approaches have now reached sufficient maturity to significantly contribute to the ongoing debate in cognitive science. The combination of these two elements opens terrific new avenues for studying the emergence and evolution of languages as well as of new communication and semiotic systems. In particular, new tools and methods can trigger a significant boost in the ongoing transition of linguistics into an experimental discipline, where multiple evolutionary paths, timescales and dependence on the initial conditions can be effectively controlled and modeled. In this paper, we briefly review the recent trends in this area both from a theoretical modeling point of view and from an experimental perspective, with a particular focus on experiments that allow to monitor in a controlled way the emergent semantics in new communication systems. 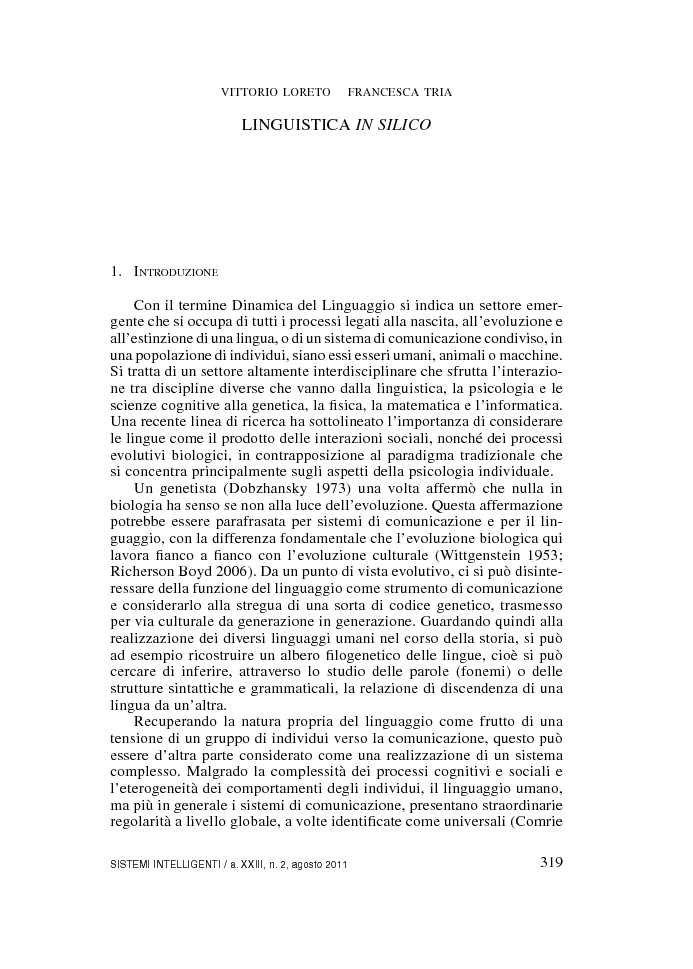