What does a bottle on our table invite us to do? In the last 10-15 years within cognitive science and robotics the study of affordance has become more and more widespread. The majority of the studies, however, has focused on simple actions elicited by objects, such as reaching and grasping, and has considered only the physical environment in which the objects and the organisms are embedded, without taking into account the social context. Here we intend to focus on two aspects in which social aspects are involved in detection of affordance. First, the affordances are the product of social and conventional relationship. We respond to bottles in a given way because the affordances have a given conventionalized meaning we have acquired living in a given society. Current studies have not sufficiently taken into account this very simple fact, crucial for a comprehensive view of affordance. Second, affordances are modulated by the current social relationship in which the organisms responding to them are involved. The way we grasp objects might differ depending on the presence of other people. In addition, we will discuss how affordances might vary depending on the kind of actions we intend to perform with others, for example offering or receiving something. We foresee that the analysis of the way affordances are modulated by social and conventional aspect will represent an important part of the study on this topic in the future. 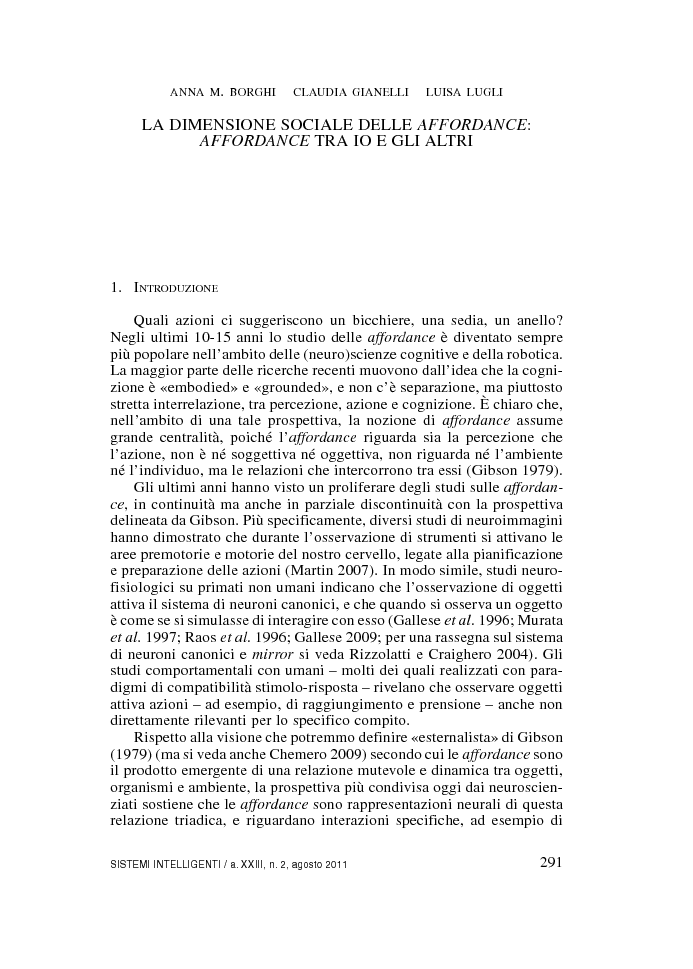