In everyday life, we act upon objects in a surrounding world inhabited not only by inanimate things but also by other living and acting bodies. Thus, studying object perception in social context, taking advantage of the knowledge accumulated so far in object perceptions as one's own business, could tell us something about the mechanisms underlying the primary ways in which we interact with others. In this paper we will argue that such a primary way is enabled by a mirror mechanism for space, allowing the observer to grasp another body as a living and acting body, as a body of an agent. In other words, it allows one to grasp another body as a set of motor potentialities and provides the observer with an immediate pre-comprehension of the effective realm of others' agency as well as of what the others could really do. To get this point, we will start from a preliminary description of object perception in terms of micro-affordances and we will claim that the relation affordance may be instantiated whenever an objectual affording feature falls within the reachable space of a potentially acting body. Indeed, we will show that affordance relation is dependent not only on one's own actual reaching space but also on the reaching space of another individual. 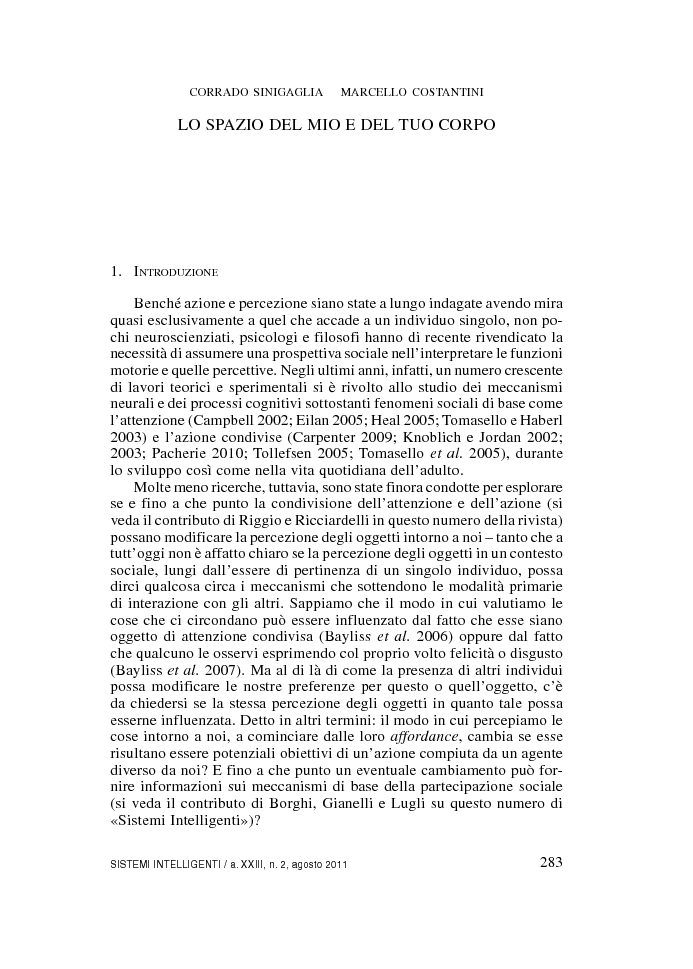