Traditionally, spiritual experiences have been considered «ineffable», but metaphors pervade the representations of certain concepts of the transcendental in people's attempts to talk about such abstract ideas. Whether it be during the description of a vision or simply talking about morality, people use conceptual metaphors to reason and talk about these concepts. Many representations of God, spirits or the afterlife are culturally based, but whereas some may differ based on individual experiences, others seem to have a more universal character. From a phenomenological point of view, it seems that the descriptions are contingent and not necessary, that is, the language a believer is exposed to may influence, but not condition a priori, his or her own spiritual experience as Constructivists have thought. How do today's common believers relate to certain metaphors about spiritual concepts transmitted by their faiths? What do these metaphors say about the individuals' concept of themselves and their world? After presenting a general overview of Multimodal Cognitive Semiotics, this paper draws some conclusions concerning conceptual metaphors and figurative language based on data collected in various sacred texts and during a series of interviews of believers with various backgrounds in terms of religious systems, in particular two Christian street preachers and a Satanist. The data includes linguistic expressions as well as coverbal gesture. The interviewees were also asked to draw on a piece of paper certain experiences of a religious nature and then to describe their drawings. Finally, I analyze what happens when new frames and metaphors are introduced into believers' habitual conceptual systems and the conceptual phenomenon of «source domain lamination». My investigation aims to shed new light on the phenomenology of religious experiences and personhood, through the analysis of multimodal metaphors and using cognitive linguistics as a primary tool of analysis. 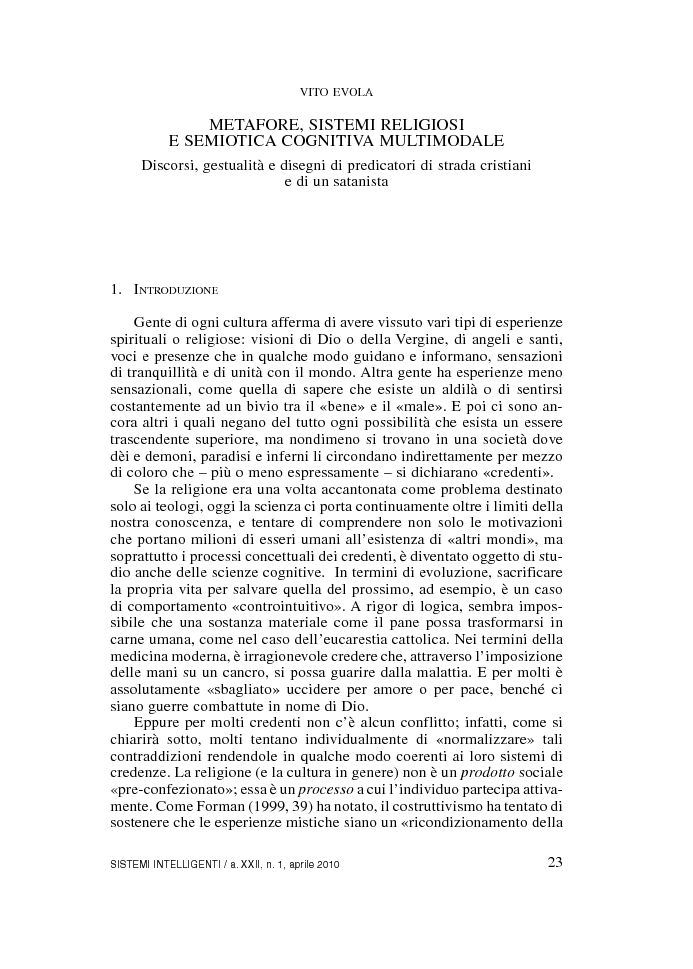