Communities and ontologies are both concepts that have acquired strong momentum since the coming of age of new media such as Internet and the Web. Of course they have always been around but have become all the more relevant in a situation where growing communities and creating information categorizable through ontologies is made much easier and faster compared to what was possible before. In spite of this concomitance, the roles they have played in this information-rich environment have been so far not only distant but also largely antithetic. The one played by communities is dynamic, and views information as something which is constantly changed and re-created by the agents that produce it. By contrast, the one played by ontologies views information in terms of its management at the meta-level through categories and concepts hierarchies, and, while it admits that the managed information is frequently changing, it assumes that the ontology remains static, or changes very slowly as a consequence of decisions taken by the domain experts that control it. We consider this situation as problematic, since the ontology must reflect in its very content changes in the information that it manages, lest it may become structurally incapable to cope with it. Given that information change is generally community-driven, this problem brings forward the clear necessity to make communities and ontologies interact. We propose to pursue this goal through a knowledge management approach, where the interaction between communities and ontologies is implemented as a knowledge life-cycle that leads to the creation of new concepts in the ontology as a consequence of the evolution of the information spaces constantly extended and re-created by the communities. Direct applications of our approach can be found in the areas of user-driven product innovation and Web-based marketing intelligence. 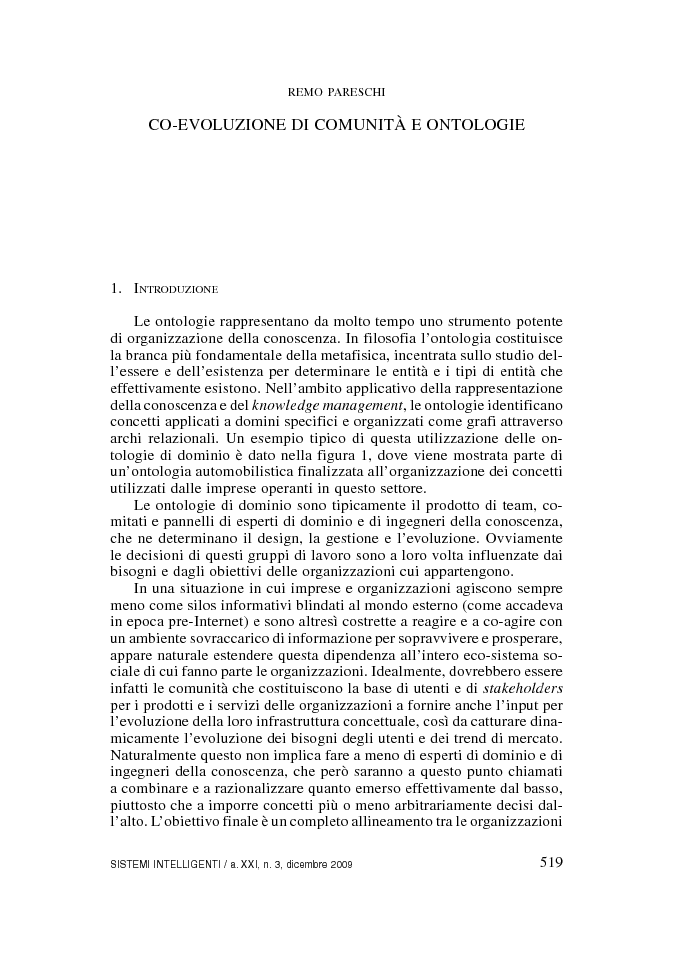