I argue that the current predominant focus on a sole aspect of consciousness, namely phenomenal experience, is misleading, insofar as it creates a lack of studies of other features of consciousness that are i) equally interesting, ii) much better defined and understood at the conceptual level, and iii) liable of computational reduction and simulation. With reference to the quest for artificial consciousness, I suggest we should devote greater efforts to implement metacognitive self-awareness in artificial systems, both embodied and virtual, in order to investigate how this affects their cognitive and behavioral performance, and thus address key problems in social and cognitive psychology, like the role of internal negotiation for willpower, and the connections between self-awareness and social mindreading. Metacognitive artificial agents are already feasible, given the state-of-the-art of AI: they would still be philosophical zombies, but highly interesting ones. 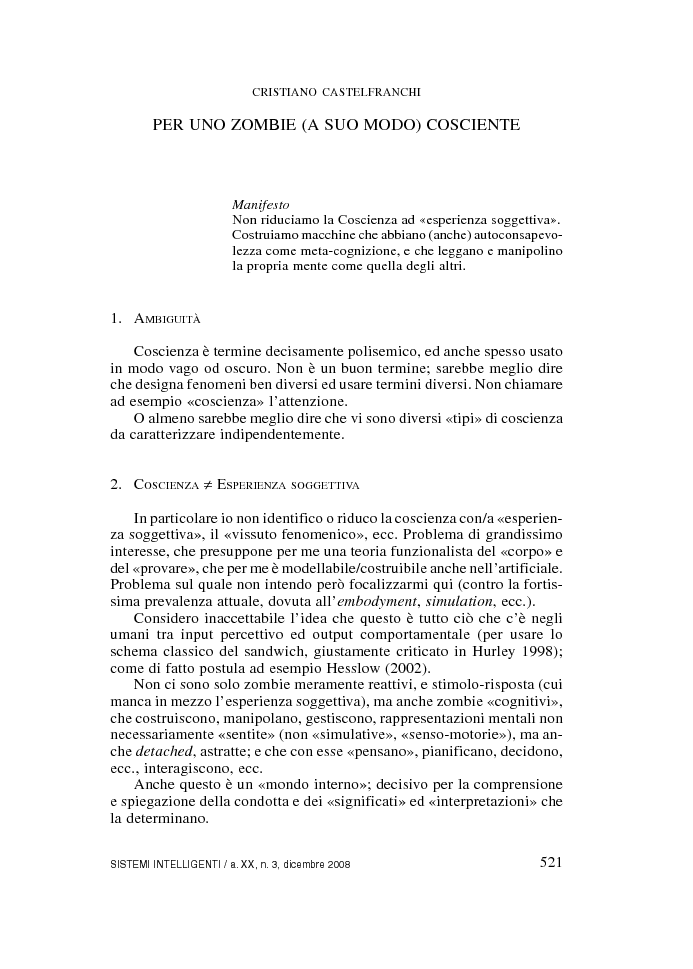