This work aims to propose a model for studying the influence of the imitation and communication processes on behaviours acted by subjects operating in structured environments. In particular, an original algorithm for communication treatment towards forms of social learning, capable of providing the agents with the ability of acknowledge information and process them in order to form a knowledge base, is presented. The algorithm functioning is inspired to memetic theory by Dawkins (1976). The analysis of results, obtained in two different simulations, SumWEB a model of stock markets (Cappellini 2006; Terna 2000) and a tournament based on the prisoner's Dilemma (Dixit and Nalebuff 2006), shows how the processing information's system is capable of treat them in order to get new useful cues, exploitable to obtain an optimizing behaviour, and suggests a variety of usage possibility in a wide range of different situations. The used models have been accomplished according to the Agent Based paradigm (Tesfatsion 2001), while the project development is based on the Swarm libraries (Langton et al. 1995). 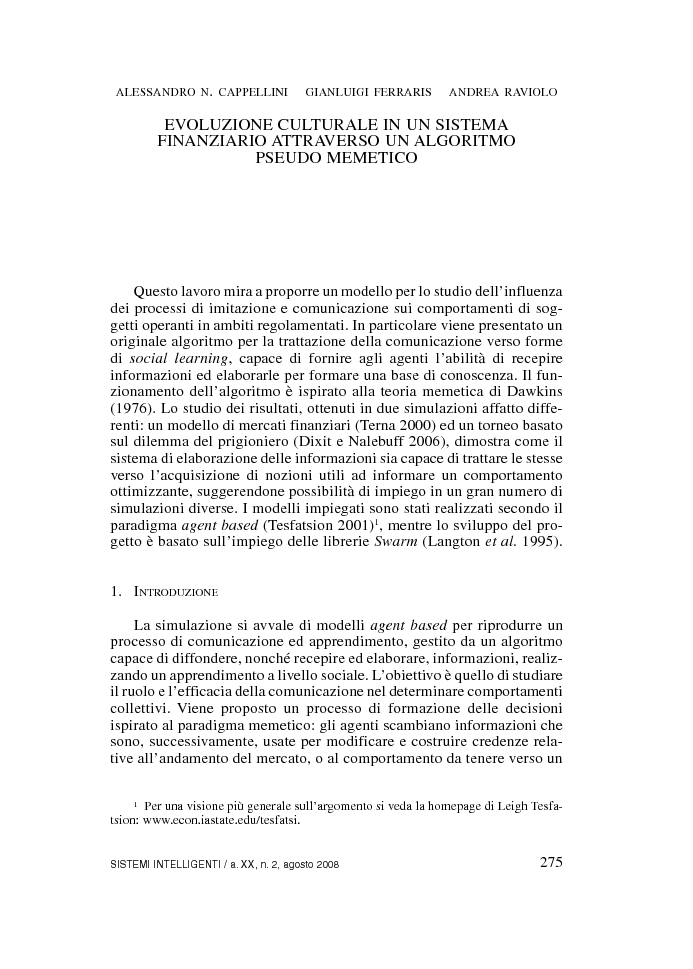