Insects show the ability to react to certain stimuli with simple reflexes using direct sensory-motor pathways, which can be considered as basic behaviors, while high brain regions provide secondary pathways, allowing the emergence of a cognitive behavior which modulates the basic abilities. Taking inspiration from this evidence, in this work a new general purpose perceptual control architecture is presented and applied to a rover navigating in a cluttered environment. The core of the architecture is constituted by the Representation layer, where different stimuli, triggering competitive reflexes, are fused to form a unique abstract picture of the environment. Each representation induces a learnable modulation of the basic behaviors in order to determine the robot overall behavior. The representation is formalized by means of Reaction- Diffusion nonlinear partial differential equations, under the paradigm of the Cellular Neural Networks showing steady-state Turing patterns. These patterns are used as attractive states for particular set of environmental conditions to associate, through a reinforcement learning, a proper modulation of the basic behaviors. A suitable unsupervised learning, introduced at the afferent (input) stage, leads to the shaping of the basins of attractions of the Turing patterns in order to correctly and incrementally drive the association between sensor stimuli and patterns. In this way, at the end of the learning stage, each pattern represents a particular behavior modulation, while its trained basin of attraction represents the set of all the environment conditions, as recorded through the sensors, leading to the emergence of that particular behavior modulation. Both simulations and robot experiments are drawn to demonstrate the potentiality and the effectiveness of the approach. 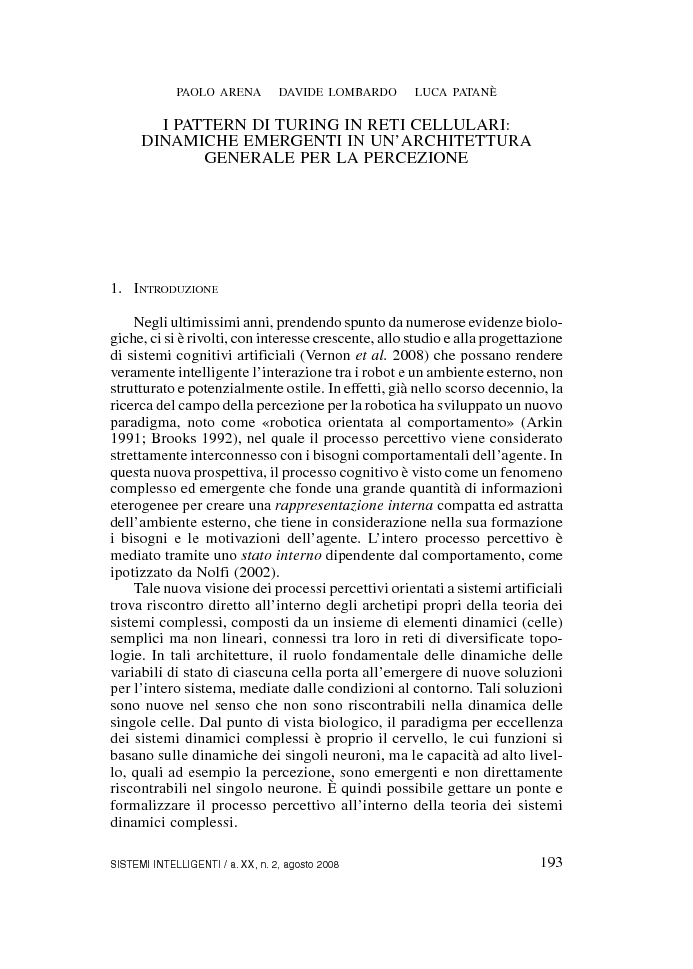