The study is aimed at investigating the point of view of Genoa citizens’ on the Morandi bridge reconstruction process, with particular attention to the social representation of this process and the trust in involved institutions. The research involved 164 citizens (age M = 50) interviewed through an ad hoc questionnaire. The data collected were analyzed with EVOC, NVivo, and SPSS software. The results show that the social representation of the Morandi bridge reconstruction is structured around elements that refer to the efficiency of the reconstruction process and negative emotions related to the memory of the bridge collapse. Citizens, in particular those who use the bridge more often, place rather a high trust in the institutions. They are pleased mainly with the aesthetics and the quality of the bridge, less for the involvement of citizens. They believe they have had a high sense of social cohesion and that their ideas regarding reconstruction have been influenced above all by traditional media 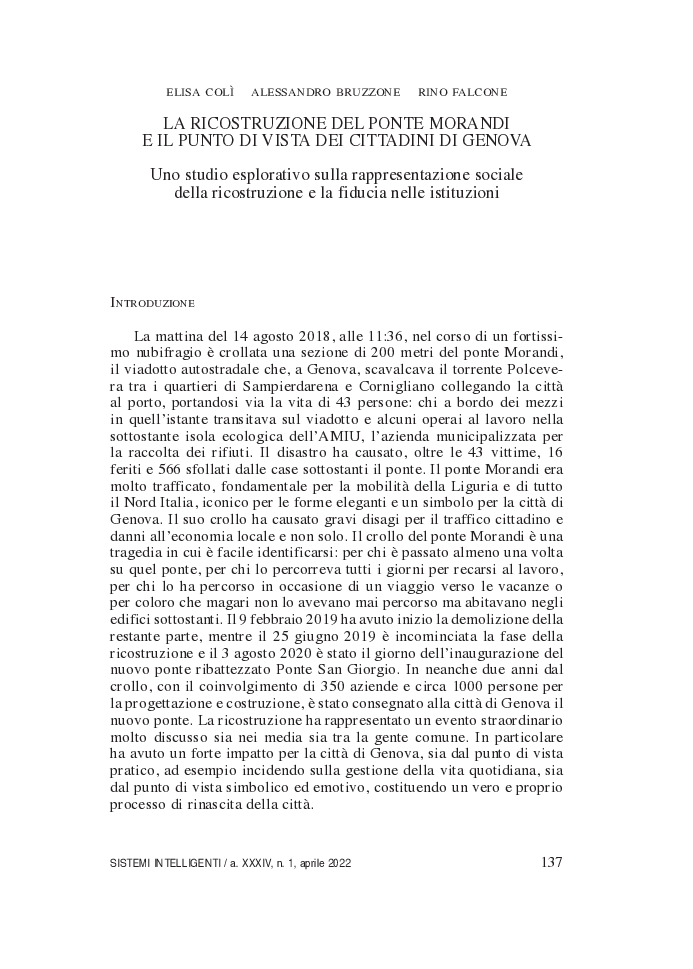