Revenge is a social behavior that is too often misunderstood. Most of the accounts of revenge portray it as an impulsive attempt to seek retribution, and they limit the role of emotions to anger. In this paper, we provide a more sophisticated analysis of the mind of the avenger, i.e., the beliefs and goals necessary to decide to take revenge against someone. We also provide a discussion of the different emotions involved. We will compare the role of the supporting ones, i.e., anger, resentment and indignation, with the role played by shame and guilt, in an attempt to provide a richer cognitive characterization of revenge 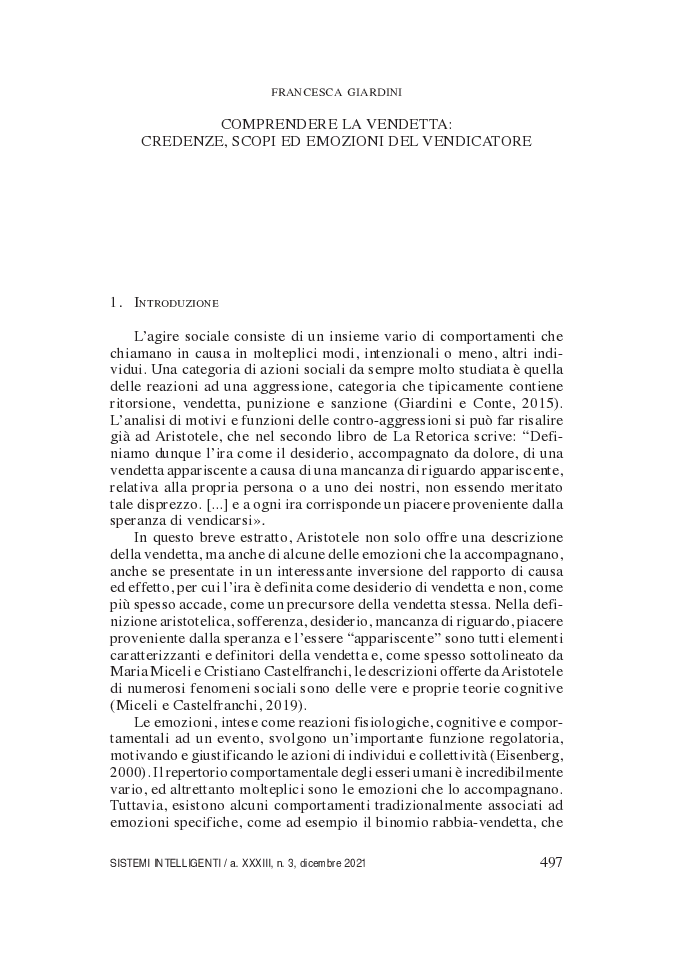