The temporal duration of world events is subjective. For example, for those who perform or observe it, an intentional action is shorter than an involuntary one. This phenomenon is called Temporal binding (TB) and shows that the action timing is shorter not only for intentional actions, but also if I consider something as the cause of something else. In fact, causality and time are linked in our mind. In the light of the link between perception of time and causality, TB can be used to understand if an individual is aware of acting, provided that this awareness is defined through the understanding that our actions cause consequences. The awareness of acting thus becomes a corollary of causal cognition and influences the time perception, creating the illusion that our goals are closer in time than they really are. In this article, I analyze the relationship between intentional actions, perception of time and causality to explore the origin of action awareness. I will then try to predict when humans and other animals acquire this awareness, offering concrete proposals in mental development and evolution. 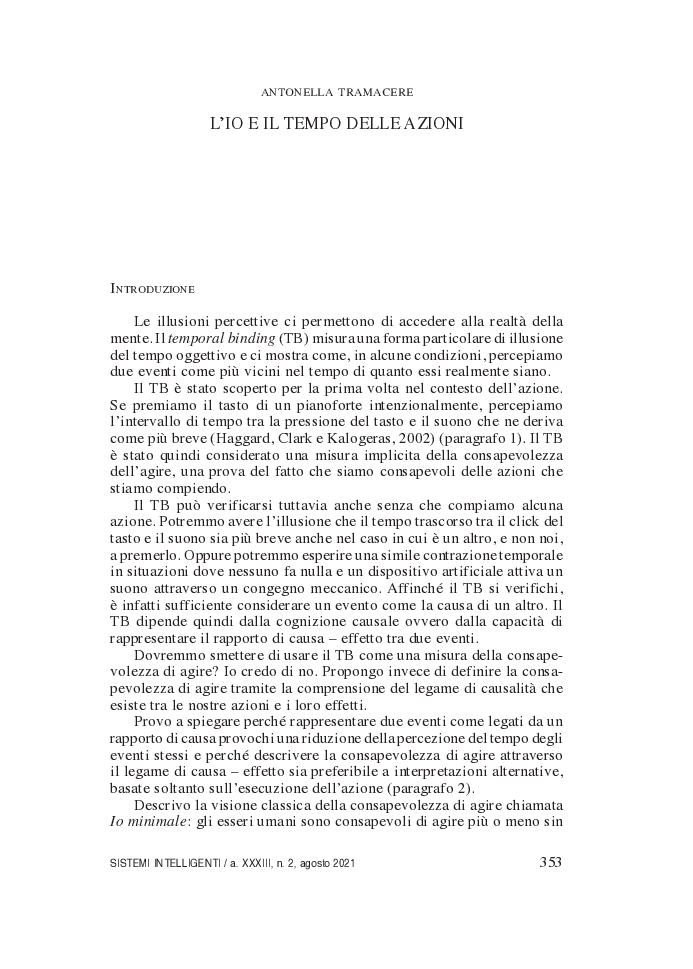