In a recent article in Sistemi Intelligenti, Massimo Marraffa e Marco Viola argued, following Paul Griffiths, that «a complete theory of emotions» does not exist, insofar as all the perspectives that have been developed fail to account for all the relevant aspects of our emotional experience, overlooking some of them. This short paper seeks to sketch a possible reply, defending Martha Nussbaum’s «cognitive-evaluative» theory, according to which emotions are based on (and represents) evaluative judgments about the importance of an external object for one’s well-being. The reply confronts the three objections raised by the authors: a) the fact that even non-human animals and infants, who lack linguistic faculties, clearly experience emotions; b) that some emotions, such as disgust and amusement, seem not to be based on any belief; c) the fact that sometimes the emotional system seems able to process information without interacting with other (more complex) cognitive systems. Dealing with these issues, I argue that some of the most challenging objections to Nussbaum’s theory rely on an improper use of the term emotion, so loose that it even includes preferences, moods and appetites. 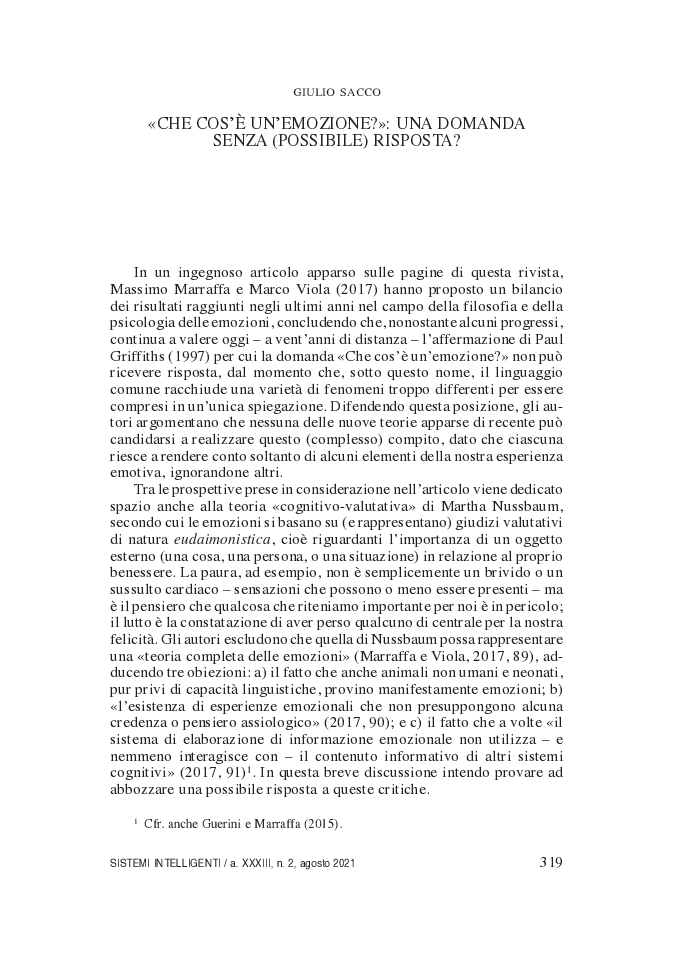