In this paper, I try a theoretical proposal concerning cognitive semiotics, thought not as a special kind of semiotics (like “semiotic of artsµ or “semiotic of culturesµ), but as an attempt to answer the question “how we come to know the world through signs and languagesµ. I state that the theoretical framework for cognitive semiotics, based on the “Theory of the lieµ definition suggested by Umberto Eco in A Theory of Semiotics, has to lay its foundations on three core concepts: Radical Enactivism, Pragmatism, and Material Engagement. In my view, cognitive semiotics understands cognition i) as an “enactiveµ skillful activity that involves the ongoing interaction with the external world; ii) as something that brings forth the world through meaning, whereas meanings are not representations of the world, but habits and sense-making activities; iii) as a point of view that thinks at the way in which texts, languages and semiotic systems scaffold the way humans come to know the world and represent the background of our perception of the environment. 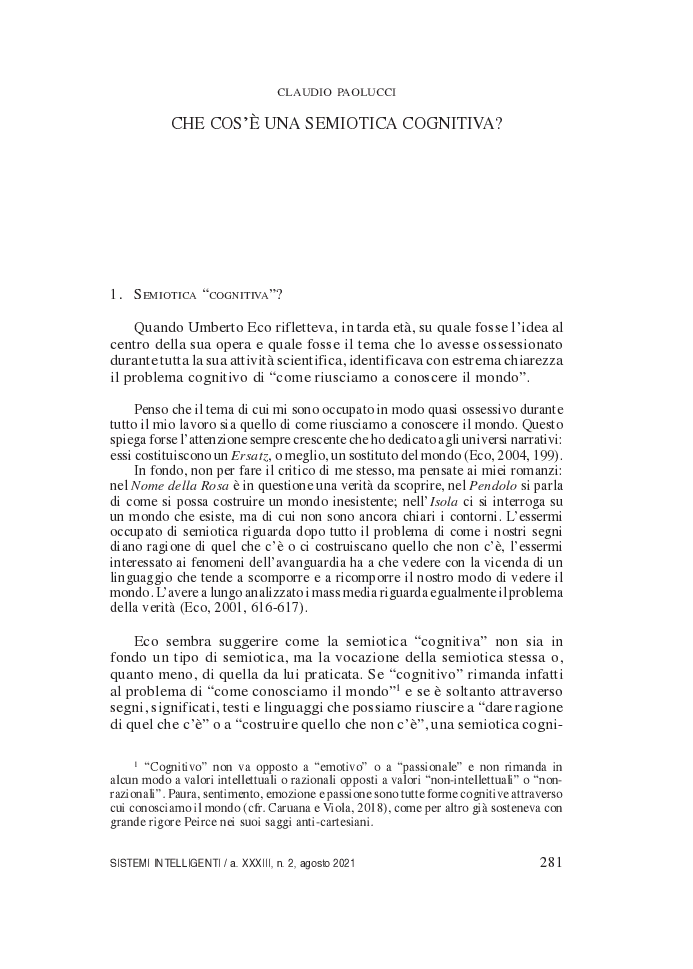