Many studies have recently dealt with the issue of fake news – information fabricated with the aim of deceiving, spread mainly through the new media. A crucial point to which much reflection has been devoted is whether agents who believe in fake news can be culpable. Virtual social contexts are such, that cognitive biases in belief-formation are particularly strong. Furthermore, virtual contexts such as echo chambers tend to discredit opposing views, in a way that can compromise the ability of the individual to evaluate the truthfulness of the belief shared inside it. It is thus essential to consider the role of social context in the process of belief-formation: as it will be showed, echo chambers work as a virtual social context within which strong beliefs can be formed. Many scholars tend to be lenient towards false beliefs formed inside flawed social contexts. Others, however, tend to attribute blame even to beliefs formed in culturally ignorant environments, claiming that individuals are able to reflect on the moral soundness of their beliefs, and that in most cases what lay behind false beliefs are epistemic vices such as closed-mindedness, laziness, dogmatism. Eventually, the case of specific fake news spread through echo chambers will be presented and compared to an example of culturally-induced false belief. Echo chambers, it will be claimed, offer even less excuse than a traditional flawed social context. This paper will thus reinforce the thesis that a negative moral judgment can be expressed for those who believe in certain kinds of fake news. 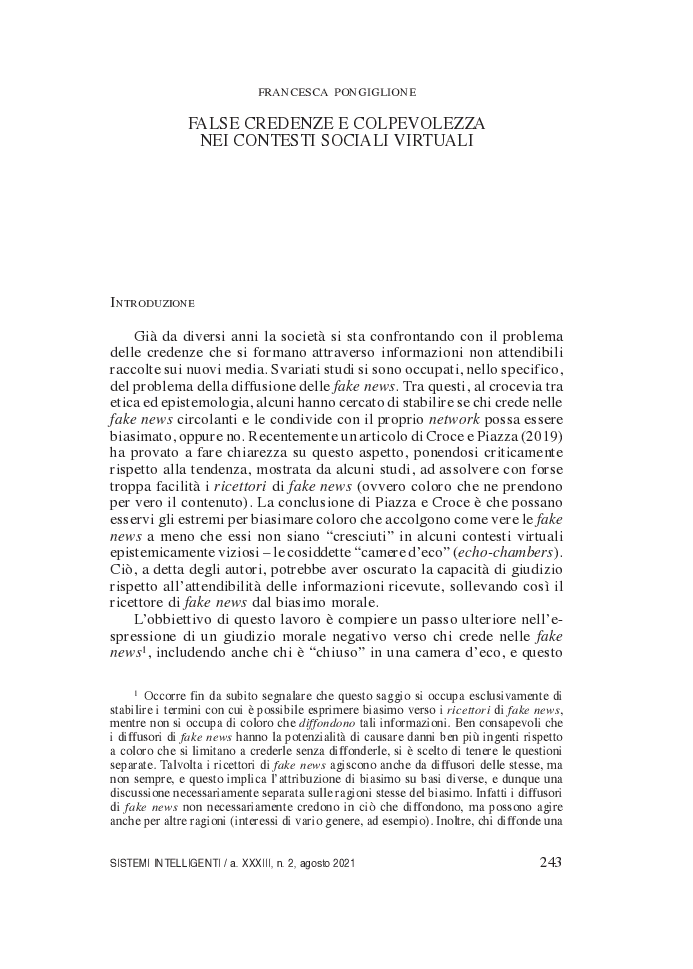