Reproducibility in scientific research is a major topic involving many fields such as medicine, neuroimaging, economics, political and social sciences, and psychology. This paper reviews the contributions on the problem of reproducibility, starting from 2005, with particular regard to the psychological field. The methodological reasons are analyzed focusing on the p-value, often misunderstood, and considered too weak to declare a «discovery». Thus, it has been proposed the use of the Bayes factor, or of a combination of the two approaches. Regarding the policies there are many proposals in the literature that aim at improving the efficiency of the research process. A clear solution has not yet been identified, but many recent proposals seem to be very promising. 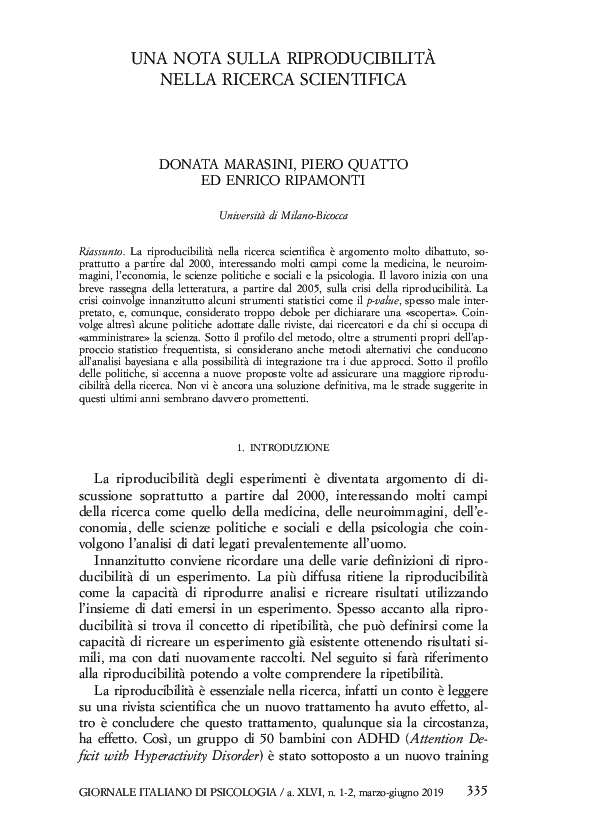