In this essay some situations are presented and discussed, in which autochthonous factors of perceptual organization and past experience are put in conflict. In section 1 some new cases of masking are illustrated, which are constructed according to the principles of the Gottschaldt's and Galli & Zama's figures (see figures 12, 13, 14). A factor studied by Petter appeared to be particularly strong, in spite of experience, logic and expectation at all: this factor imposes the stratification in depth of the different planes (see sections 2 and 3; figures 18, 19, 20, 21, 22, 23, 24, 25, 26). As a result of an experiment made with figure 27 (section 4), only 7 out of 49 subjects recognized the well known shape of Europe. The other described configurations (the seas in relief), which they affirmed they had never seen. In section 5 an experiment is described from which comes out that, if the conditions allow it, even when on the ground of previous experience a crossed movement is waited for, a movement without crossing imposes itself. 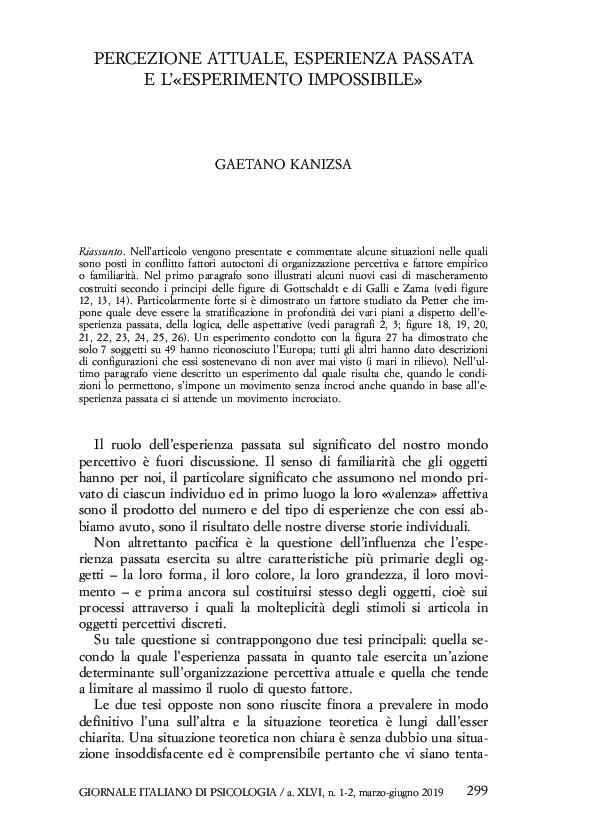