The line-motion illusion is a phenomenon due to the exogenous orientation of attention, in which an inducing stimulus rapidly presented at one extreme of a line determines an illusory movement toward the opposite extreme. Our aim was to verify whether emotional facial expressions as inductors can modulate the line motion illusion. 20 healthy participants were requested to judge the motion direction of a horizontal line, anticipated by one or two lateral faces expressing disgust, joy, anger or neutral. As expected, responses to unilateral cues were given in the expected direction. Unexpectedly, in the bilateral condition, we observed either a tendency to respond as if there was only the right inducer (pseudo-extinction phenomenon), or a difference between the expression of disgust and joy. 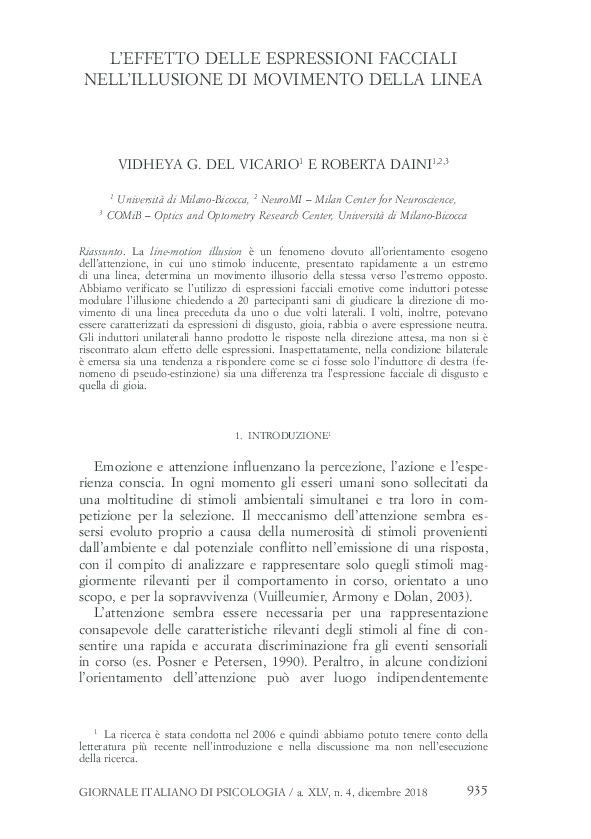