Experimental Psychology and Cognitive Neuroscience are reflecting more and more on their research practices, under the spur of the so-called «replication crisis ». Many tools have been made available to researchers lately, such as diverse statistical approaches and pre-registration, or have gained an unprecedented momentum. In this paper I will argue that these tools are extremely useful and should be used widely, but aren't all-purpose solutions to our problems. A more universal medicament is transparency, intended as a bid to make available to the community all research material (e.g., stimuli, data, analysis code), at some point of the project as appropriate for each specific experiment. I will also argue that this practice can only be widely adopted (and is most effective) if the lab develops a standard research pipeline, where researchers work from Day 1 as if all their material would be under the public eye at all times. I will describe the pipeline that I've implemented in my lab to realize this principle, its strengths and weaknesses, and some tools that we may use to put that pipeline into practice on a daily basis. Finally, I will argue that establishing such a transparent pipeline isn't only ethic duty to our community, but also an effective way to make our research more visible and, eventually, give ourselves a better prospect for a shiny career. 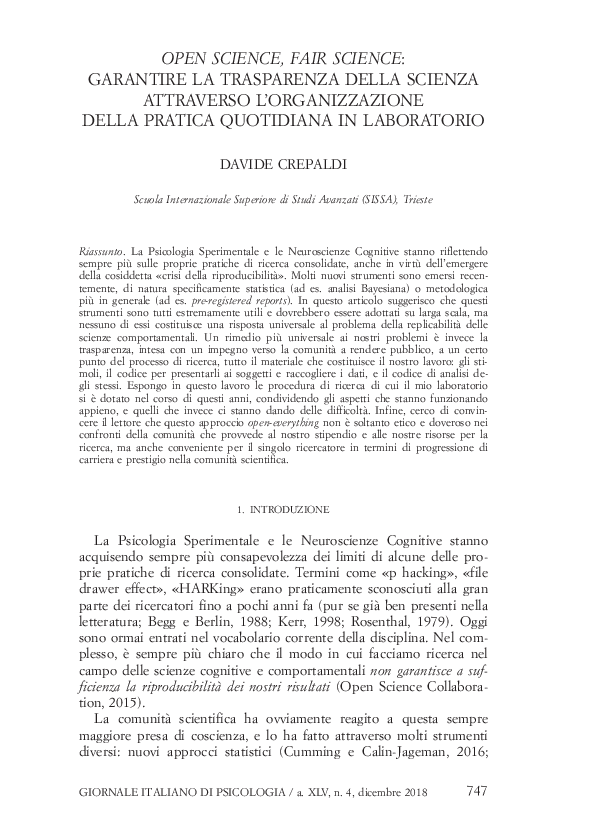