A set of unusual objects, a structurally modified version of typical objects, was used to clarify how information coded by the ventro-dorsal stream, processing stable object features (linked to function and experience-related), is integrated with information coded by the dorso-dorsal stream, devoted to grasping and action control, based on object structural properties. We presented both the typical and unusual object versions to 28 participants, between 21 and 27 years-old (19 females) asking them to categorize objects'use-related function. Results showed an increased salience of the functional part of both the kind of objects due, to the task demand and based on activation of ventro-dorsal object functional analysis, while the dorso-dorsal processing about how to grasp the object, leading to the so-called affordance effect, was reduced. 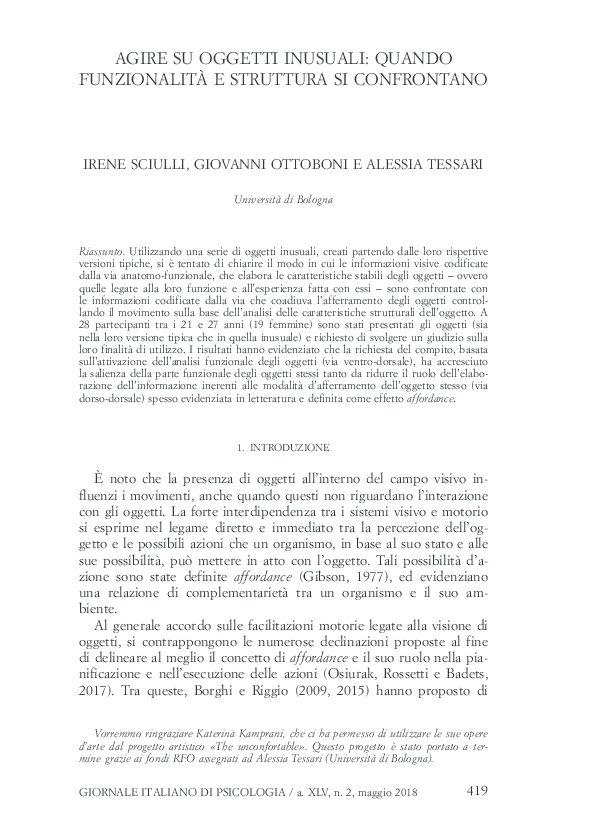