In the field of studies concerning personal information in political speeches of the leaders, this research explores the use of autobiographical memories during two «Back to School» speeches, held by the US President Barack Obama at the reopening of the schools. The two speeches selected were held, respectively, in a school situated in a disadvantaged social environment and in a very selective school, which welcomes students who are predominantly from families of a high social position. From content analysis of these speeches two episodic memories of similar meaning have emerged. A further analysis of these two episodic memories has been carried out. They were carefully examined in a multimodal grid for communication analysis, integrated with the recognition of the facial expressions of the speaker by FACS. Results have shown that, speaking to the two different audiences, Obama recalls similar memories very differently. In particular, Obama evokes the most dramatic aspects of his biography, only when speaking to students in marginal social situations. The President reveals the risks of his past difficult teenager years in order to elicit an empowering processes in these students. The modulation on audience needs, would lead to think that the autobiographical recall used in Obama's presidential oratory is centered not only on the narrative about his own life, but also on the objectives which are pragmatic and useful to his listeners, according to the more general aims that characterized his political speech. 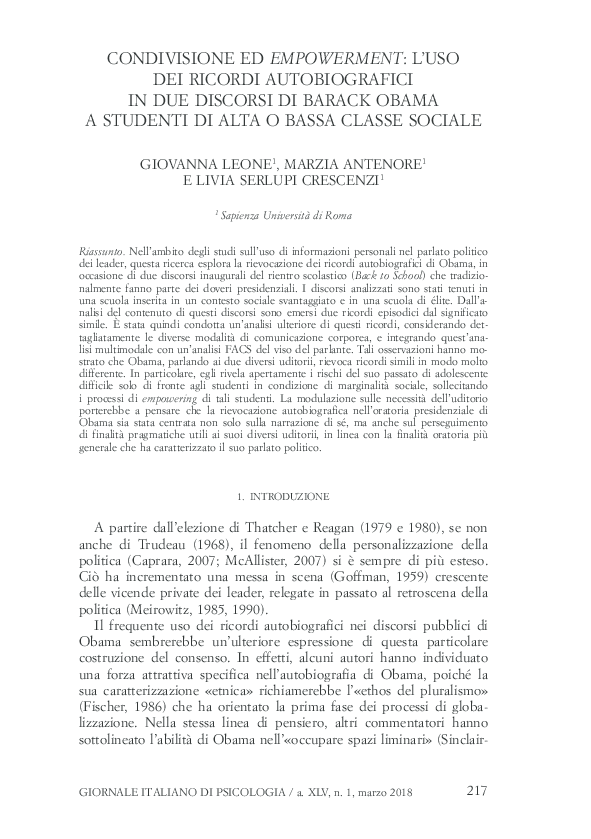