World Health Organization reports underlie that, among western populations, violence toward the self or toward others is one of the most frequent cause of death. Aggression, both in its self-directed and others-directed expressions is now considered a very central topic by the scientific community. However, in spite of diverse contributions it lacks an integrated overview of empirical evidences able to shed light on the common matrix and on the peculiar aspects that determine the enactment of such different forms of aggression. In this paper, this topic is discussed in relation to individuals' capacity to regulate emotional states, and in relation to the possible specific role of negative emotions, i.e. anger and shame, in the genesis of these two forms of aggression. 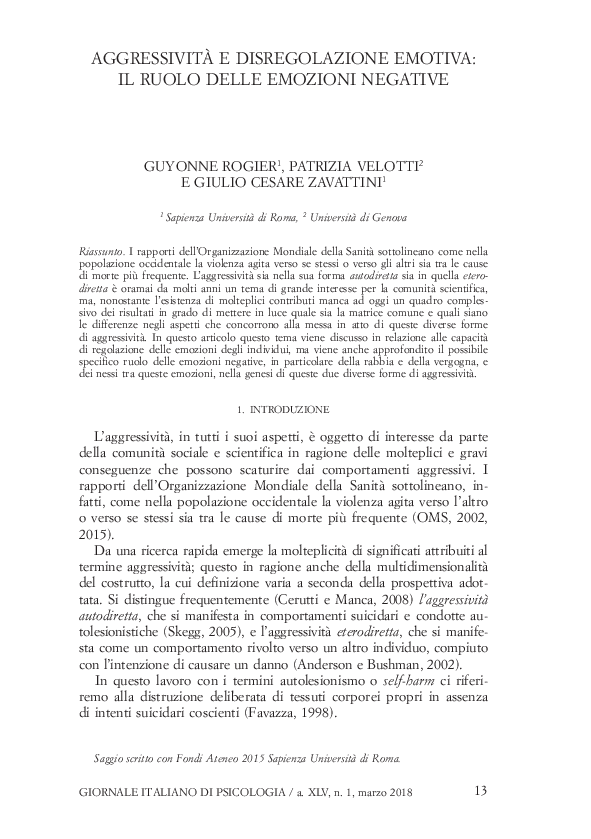