In the so-called «post-modern» societies, observation of the weakening of socio-structural influence on individual political choices gave rise to a lively debate between scholars interpreting the phenomenon as an individualization process and those blaming social scientists for their inadequacy to understand the role of other social factors. From a social psychological point of view, the struggle between the socially determined individual and the free-pre-social one is often solved in favor of a socially situated actor, able to individuate and build his/her meaningful social memberships. However, theoretical and empirical contributions from both sides of the debate seemed to suggest that today lifestyle (i.e. consumption and leisure choices) could become a useful criterion in designing socially meaningful bonds. In the present paper, we discuss empirical evidence, theoretical implication in terms of political identity, and further direction of research about the meaningful link among lifestyle, political orientation, and voting behavior. 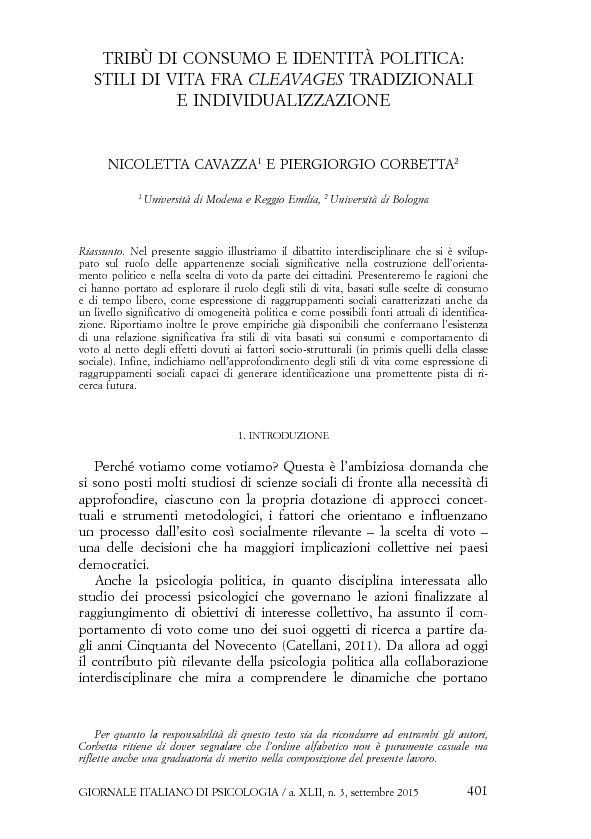