The aim of this study is to investigate if and how auditory abilities change with aging. We compared the performance of 23 young adults, 19 middle-aged adults and 20 old listeners on eight auditory tasks. Tasks measured the ability to discriminate intensity, frequency, duration and timbre, the ability to detect temporal gaps and amplitude modulation, simultaneous masking and the sensibility to detect onset asynchrony in a bichord. All auditory abilities decreased with aging. In all tasks, old obtained worse performances than both young and middle-aged adults, whereas the latter two groups had similar performances. In contrast, in the timbre discrimination task the performance of middle-aged adults and old did not differ. Moreover, listeners' abilities were not correlated in young and middle-aged adults, whereas they were highly correlated in the older group. 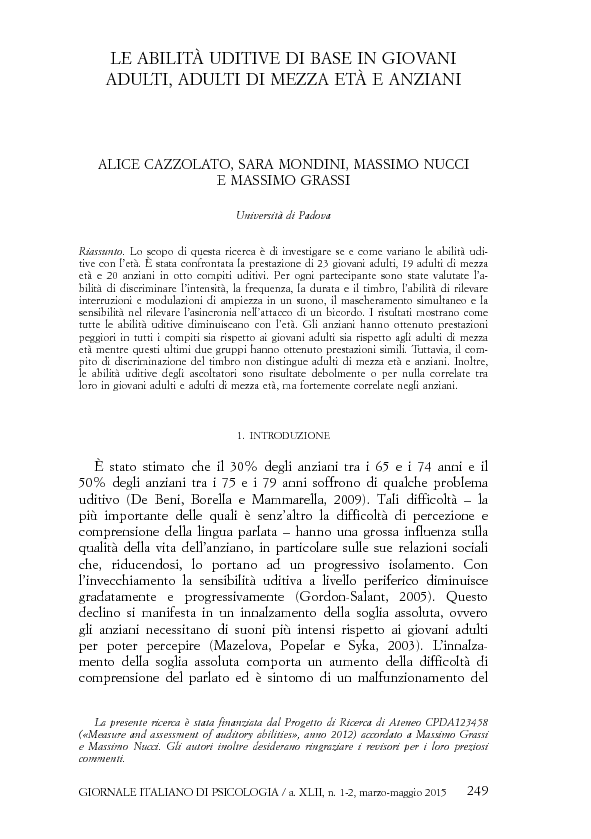