When asked to mark the center of a horizontal line, neurologically intact individuals show a slight yet reliable tendency to bisect to the left of the true center, a phenomenon known as pseudoneglect. The occurrence of this phenomenon has been attributed to a right hemisphere dominance in mediating visuospatial attention. Recent studies have reported that musicians are usually more accurate than non musicians in line bisection, and that they show a slight systematic rightward bias, referred to as minineglect. These data suggest that musical expertise can influence the representation of peripersonal space. Nevertheless, it is not clear if the influence of musical expertise on spatial representation mechanisms extends to other sensory modalities and whether it affects also bisection in the radial plane (i.e., representation of near and far space). In this study we test a group of musicians in a tactile bisection task in the horizontal and in the radial plane. Musicians overall showed a significant rightward bias in the horizontal plane, whereas no significant directional bias was observed when they bisected in the radial plane. 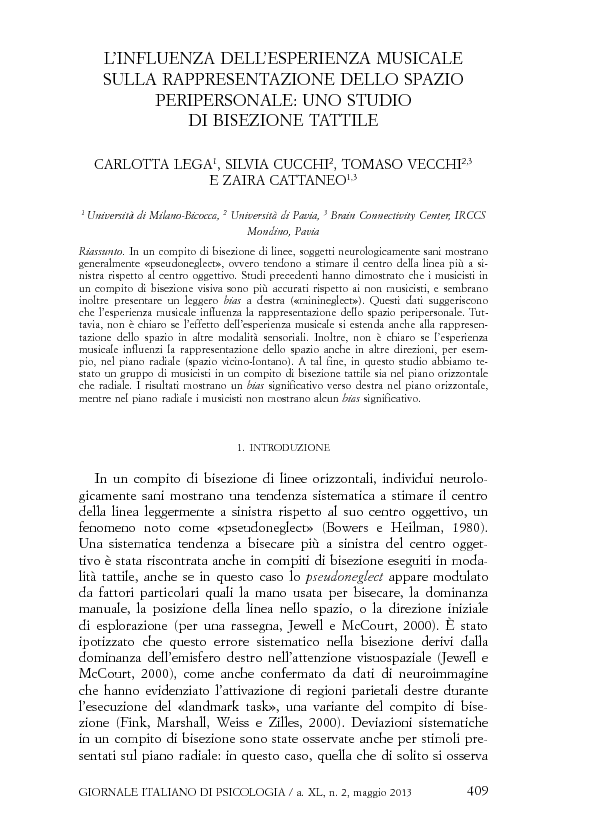