The study explores the relations between family dimensions, the usual exposure to violent television stimuli, bullying behavior and victimization. In particular, the television violence has been examined as a possible moderator or mediator of the associations between family dimensions (Olson, 1993), the quality of the parent-child communication, and the bully, victim, and bully-victim roles. Participants were 433 youngsters, aged 10-14 (51.96% boys). A peer-rating scale and self-report questionnaires assessed bullying behavior, the victimization, the family dimensions, and the quality of the parent-child communication. Three television programs usually watched by participants were valued in order to assess the mean level of violence (Eron, 1982). The bully role was associated to the television violence for children with families low in cohesion and high in the adaptability. The television violence and the quality of the father-child communication interacted in predicting a higher probability to be a victim, rather than to be non-involved in bullying. Overall, the relations between the exposure to violent television and involvement in bullying seem to be adequately explored only when the family dimensions are taken into account. 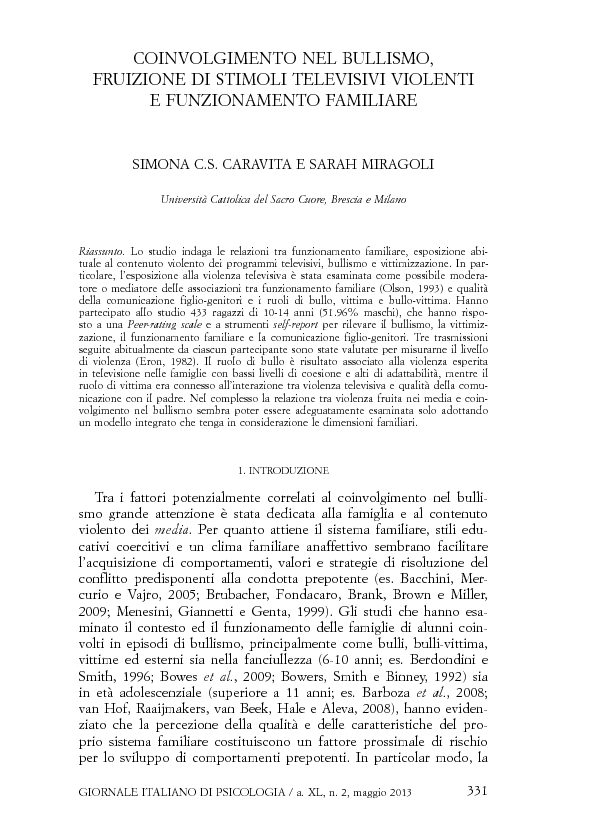