The study investigated the effects of a situational and social factor, such as Accountability, as well as the effects of an intra-individual factor, such as Need for Cognitive Closure, on interpersonal processes within 11 groups of 4 person each involved in simulated negotiations. Interpersonal processes were analysed in terms of conversational indicators such as the length of the negotiation, the number of turns, the number of maintained turns, the number of supporting turns, the number of competitive turns and the number of neutral turns. As hypothesised, in high Accountability condition, in comparison to low Accountability condition, the negotiation is longer, there are more turns and maintained turns, there are more competitive and less neutral turns. Also the hypothesised opposite effects of Need for Cognitive Closure are confirmed: high Need for Closure subjects, in comparison to low Need for Closure subjects, take a lower number of competitive turns and an higher number of neutral turns. Finally, results show that the size of the effect of the Accountability, the situational and social factor, is greater than the size of the effect of Need for Closure, the intra-individual factor. 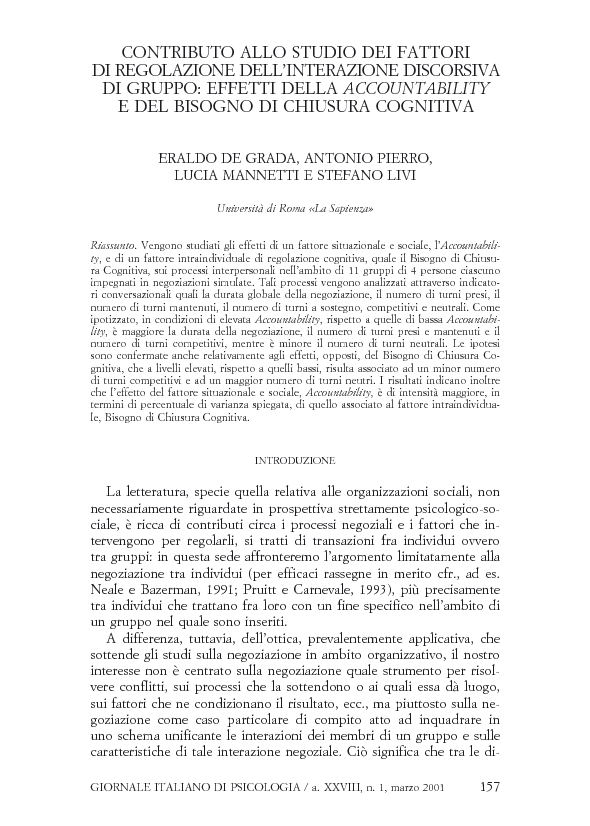