Previous studies conducted with adults and children (De Vincenzi et al., 1999) have shown that readers are faster and more accurate in comprehending Wh-questions when the interrogative pronoun (at the first available structural position) is interpreted as the subject of the sentence. This choice is based on syntactic strategies, such as the Minimal Chain Principle (De Vincenzi, 1991). In order to further investigate the syntactic nature of the Wh-questions we compared two different populations: participants with Down syndrome and with autism. In both groups language acquisition disorders have been described and recent studies have shown that they have different origins and development in the two populations (e.g. Tager-Flusberg et al., 1990). In autism, although belated or later in development, subject-verb agreement and interrogative Wh-question pronouns are acquired (e.g. Jahr, 2001). By contrast, in Down syndrome, a difficulty in the acquisition of syntax and grammatical morphology have been reported (e.g. Chapman et al., 1998). The results of the present study confirmed the predictions that participants with autism perform similarly to controls, showing a preference to interpret the wh-pronouns as subjects of the sentence, whereas participants with Down syndrome do not show any asymmetry between the subject or object pronoun interpretations. 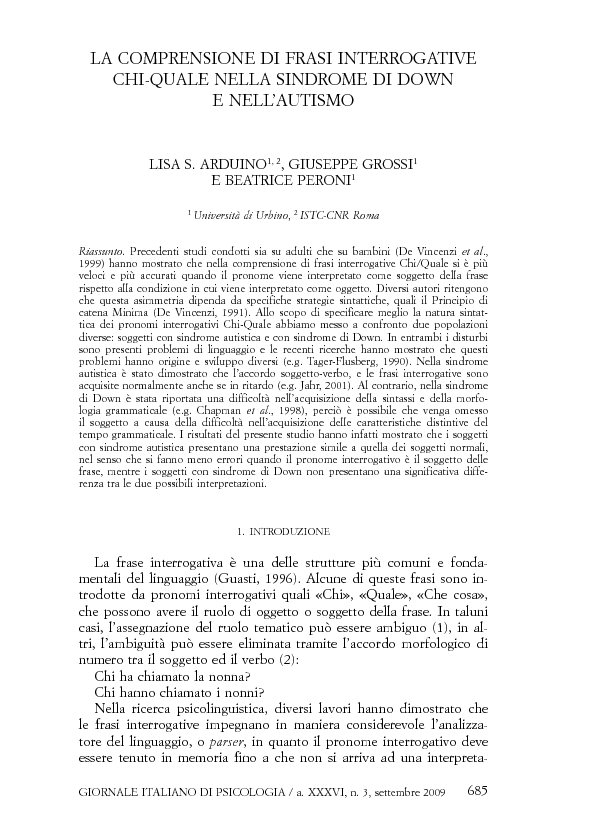