In relation to the persistence of anti-Semitic phenomena in European societies, the present work assessed the extent to which the salience of three subcategories of Jews, employed as prime, influences attitudes, beliefs, judgments and feelings of collective guilt toward the general category. For this purpose, we examined how 248 young and adult Italians adhere to these constructs and how these are articulated according to the subcategories. The results show that towards Jews, subtle prejudice is expressed more than anti-Semitism, moderate levels of essentialism and positive stereotypic judgements are highlighted and collective guilt is moderately experienced. It is the salience of the subcategories "Jews in the Shoah" and "In Italy", rather than "Jews in Israel", that gives rise to less marked levels of prejudice and essentialism towards the general category. While these results contribute to specifying the relationship between anti-Semitism, subtle prejudice and essentialism, they also provide plausible support for the features of contemporary anti-Jewish prejudice. 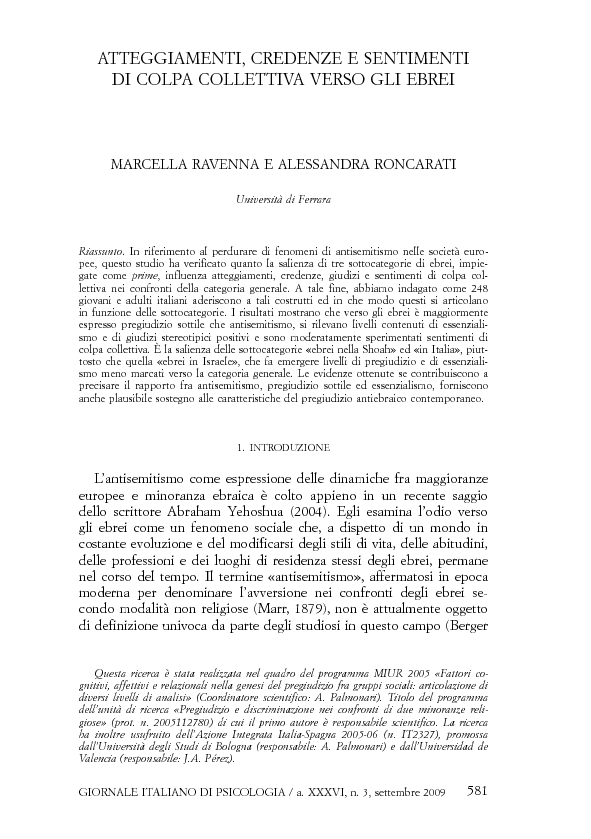