Following an emotional episode, memories of tend to intrude into people's thoughts in a repetitive manner. This phenomenon is known as mental rumination (Martin & Tesser, 1989). The emotional impact plays a key role on the phenomenon but it is not able to sufficiently explain individual differences on the mental rumination. The aim of the present review is to investigate the individual differences on mental rumination and to understand the influence of each factor on determining such phenomenon. A possible factor accounting for mental rumination is related to the strategies used by individuals to cope with an emotional event and the gender differences on the disphoric rumination (Nolen-Hoeksema, 2003). Other factors seems to be cognitive factors and, more specifically, they refer to working memory capacity Indeed, the suppression of intrusive thoughts concerning emotional experiences, requires cognitive resources from working memory (Rosen & Engle, 1998). Additionally, the present study considers the role of personality traits since individual differences in working memory capacity have been found to be related to personality traits, such as introversion/extroversion (Lieberman, 2000). 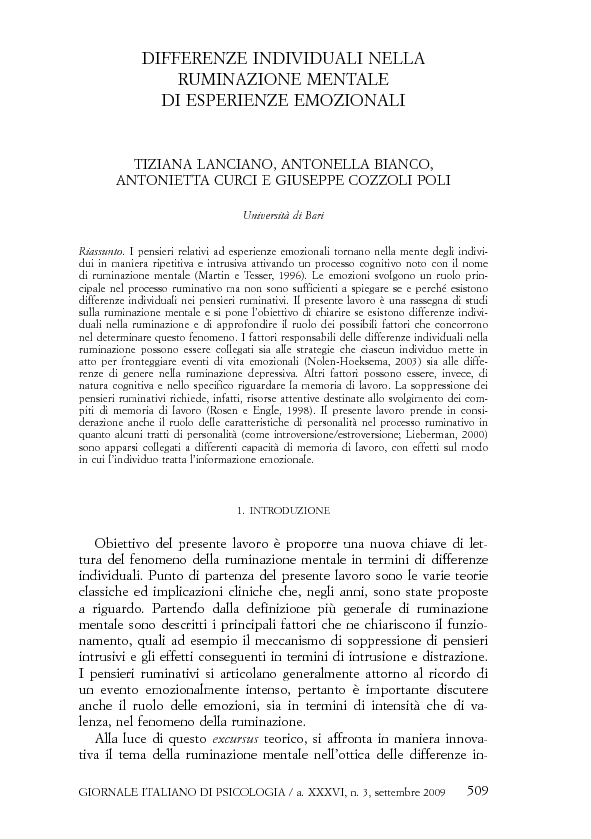