Spatial mental representations can derive from environmental descriptions that are presented from either "survey" or "route" perspectives (Tversky, 1981). However, the effect of spatial perspectives on spatial mental representations has not, as yet, been completely clarified and is thus still being debated. The topic of the present review was initially investigated by Perrig and Kintsch (1985) and Taylor and Tversky (1992) and further experimental investigations of this issue analysed a number of aspects that could affect mental representations by means of spatial perspectives. The current review analyses a series of studies which, using different theoretical models and research paradigms, considered specific variables (e.g. study time, text presentation) and such crucial aspects as individual differences (visuo-spatial abilities and cognitive styles) and, more recently, working memory processes. The overall picture emerging for these studies hints to a conclusion in terms of partially different cognitive mechanisms deriving from "survey" and "route" perspectives, both in the underlying memory processes and in the resulting mental representations. 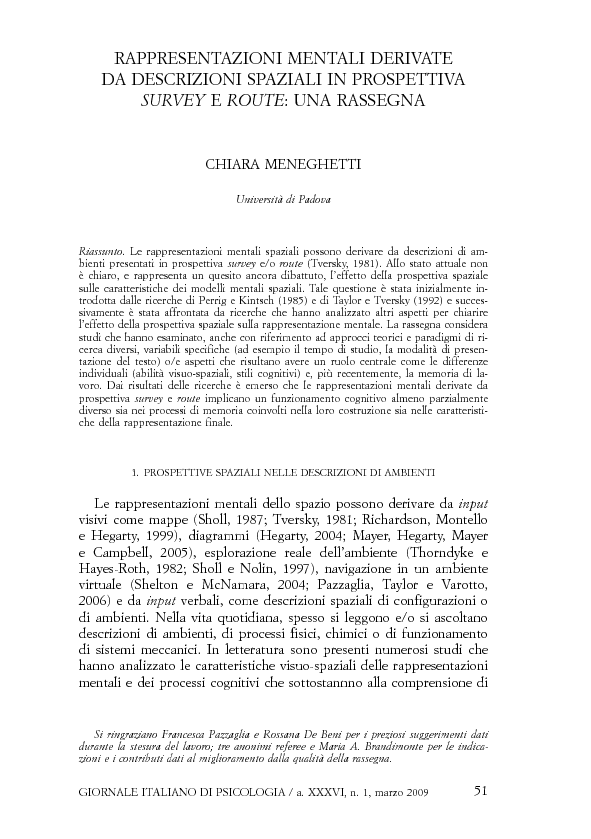