This study describes the relation between personality characteristics and selfesteem in adolescence, evaluated with TMA (Braken, 1992). This questionnaire has been widely used, and self-esteem theory related to personality's traits has become influential in adolescence literature. The TMA was administered to 300 adolescents (142 males and 158 females), aged 15 through 21 years, together with BFQ (Caprara et al., 1993) for the evaluation of some personality's dimensions. Self-esteem in interpersonal relationships, emotions and physical appearance has been reported to be significantly less among women than men. Age-related increase in social and competence self-esteem's domains was present and an inverse relation between global self-esteem and openness was found with step-wise multiple regression analysis. Statistically significant differences were noted between groups (high and medium self-esteem) about the mean scores of Emotional stability. A positive psychological development seems to be related with the ability of describing self with some faults, too, without overestimation of one's skills. 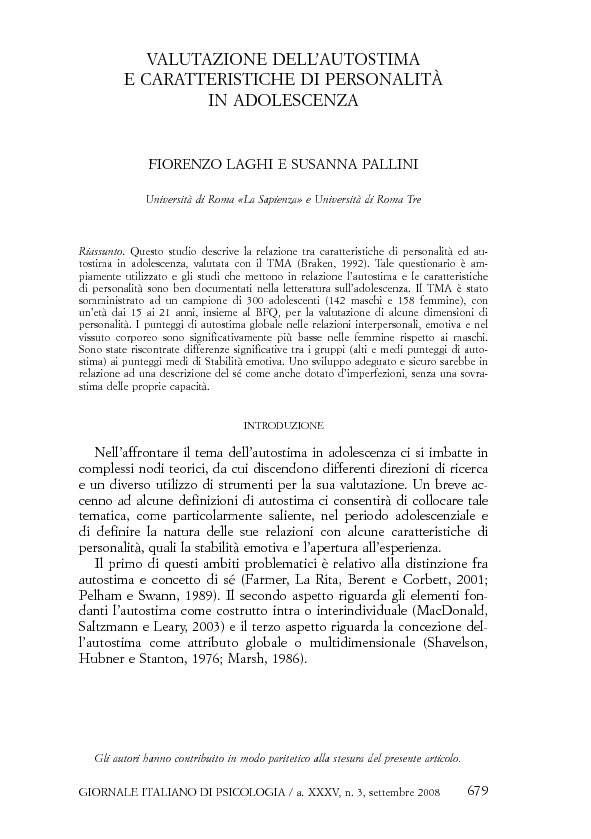