The review reports evidence obtained with behavioral studies favouring the idea that concepts mediated by words are grounded in perception and action, i.e. that concepts re-enhance the sensorimotor experience with objects they refer to. The studies described in the first part concern word meaning, those described in the second part focus on sentence comprehension. The reported evidence, demonstrating the strict interaction between language, concepts, and motor system, can be hardly accounted for by a theory according to which concepts are propositional, abstract and amodal symbols. Rather, the reported evidence supports an embodied theory of knowledge organization as well as a theory according to which words and sentences comprehension induces an internal simulation of the described situations. 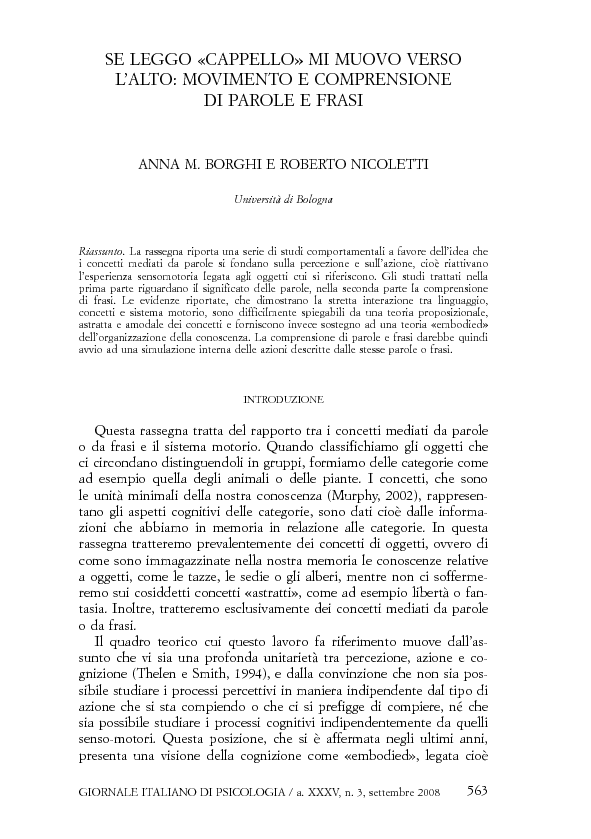