Some studies suggest that recalling of central details of stimuli/events is enhanced by emotional arousal, whereas recalling of peripheral details is impaired. The present study was aimed at investigating the relationship between the motivational relevance of emotional stimuli, standardized for valence and arousal, and quantitative and qualitative aspects of emotional memory. Along with neutral pictures, 4 emotional categories ("sex", "sport", "threat", "blood"), balanced for subjective arousal, were presented. Next, an incidental free-recall task was performed. Sex, threat, and blood pictures were remembered in significantly higher proportion than sport and neutral stimuli. Superior recall of central details was found for threat scenes, whereas inferior recall of peripheral details was observed overall. Results are discussed in the light of the adaptive significance of the employed emotional categories. 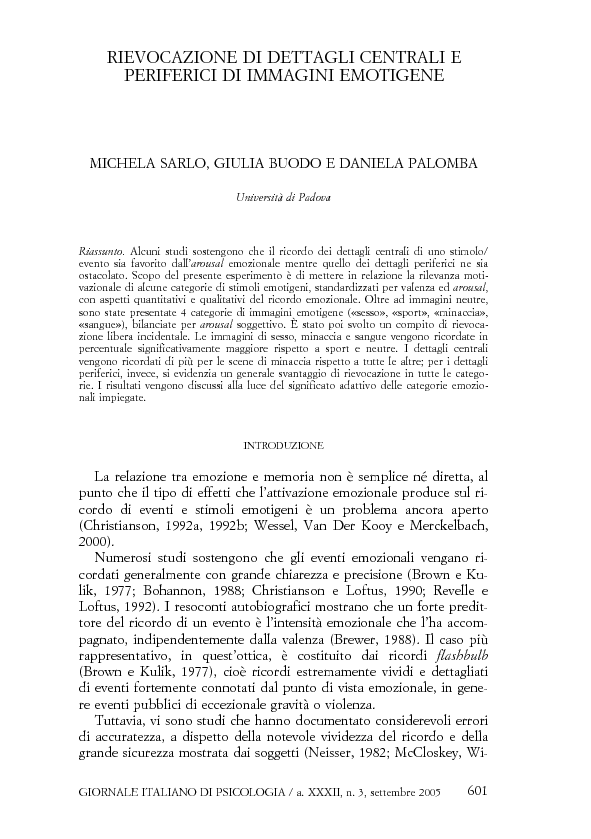