Two groups of 10 subjects each were selected on the basis of their personality characteristics, measured through the Defence Mechanisms Inventory (D.M.I.), (Gleser and Ihilevich, 1969; Ihilevich and Gleser 1986). The two groups of both sexes, 20 to 25 years old, were presented whith an extremely difficult problem solving task. The hypotheses is that there is a relationship between the characteristics found through the personality profile and the cognitive strategy used by the subjects for the problem solving. The task, was divided into two parts, lasting five minutes each and separated by a 10 seconds break. During the break, subjects were asked to choose one of the following options: (1) give up; (2) continue from a point at random; (3) continue from the point of interruption; (4) start from the beginning. Data demonstrate different strategy in making decisions under stress. Subjects belonging to the TAO/PRO D.M.I. category (that is, adopting a "Turning-Against-Object" or a "Projection" defensive style) made their choice significantly faster than subjects belonging to the TAS D.M.I. category (that is, adopting a "Turning-Against-self" defensive style. Also, the interruption had significantly different effects on performance of two groups. 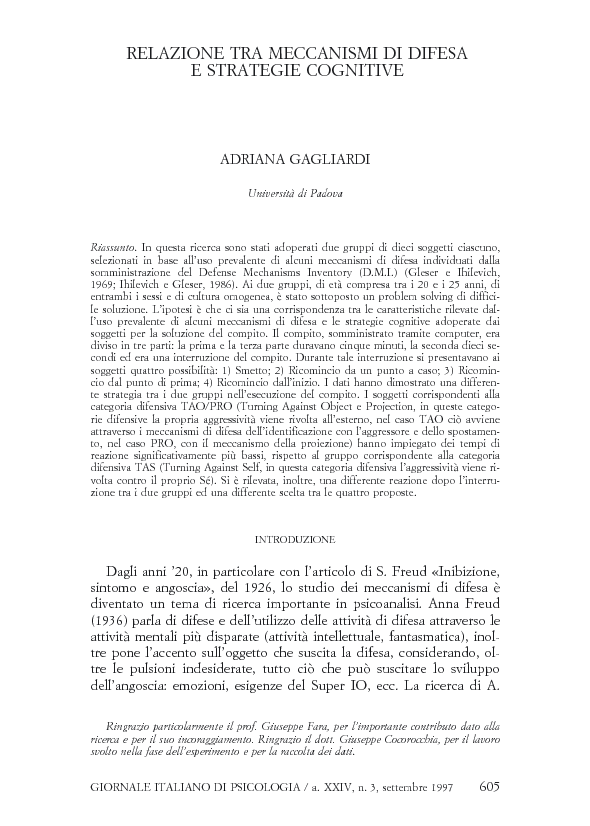